What factors impact the price of gold in the global markets? 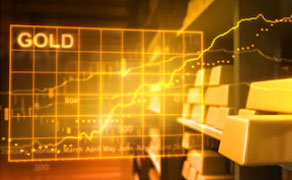 For a precious metal that is one of the most demanded commodities in India, gold prices are still largely driven by global factors. In fact, the jewellery demand in countries like India and China can at best act as a support for gold prices. They cannot really drive the price of gold up; or even down. The major movements in gold prices in the last 50 years have happened due to the interplay of global factors. Let us take the example of one of the biggest bull runs in gold. In 1971 when the US pulled out of the gold standard, gold was quoting at $35/oz (1 oz = 31.1025 gram). Between 1971 and 1980, the price of gold moved up from $35 to a whopping figure of $900/oz. This remains the greatest Bull Run ever seen in gold. Let us look back at the factors that influence the price of gold in global markets. As we said earlier, it is the global gold rate that acts as the benchmark for setting the price of gold in the Indian markets.

The first and foremost factor that pushes up the price of gold is global uncertainty. Here we are referring to political and geopolitical uncertainty. Let us go back to the biggest Bull Run in gold between 1971 and 1980. The period began with the crumbling of the Breton Woods formula. Later in 1973 there was the Arab-Israeli war. Unhappy with the US support to Israel, Saudi Arabia imposed an embargo on exports of oil to the US, which almost brought the world to the brink of war. Then through the mid-70s, Iran was unstable and it eventually culminated in the ill-fated Iran-Iraq war which dragged on for over 9 years. Finally, in late 1979, Russia (then USSR) invaded Afghanistan making South Asia the new theatre of the Cold War. The intensity of the Cold War and the troubles in the Middle East and West Asia resulted in one of the largest rallies in gold prices. Even today, political and geopolitical uncertainty remains the biggest factor driving the price of gold.

Central Bank monetary policy has a strong impact on gold prices. We are of course talking about the major central banks like the US Fed, the ECB and the Bank of Japan. When you invest in gold, you are actually foregoing the interest that you would have earned on buying a debt instrument. But if the rates go very low then the opportunity cost is almost non-existent and that will lead to a spurt in the demand for gold. We saw gold prices going up sharply in the aftermath of the sub-prime crisis in 2008 to touch a level of $1900/oz in 2011 when the Fed and other central banks were holding on to near-zero rates of interest. However, post 2013 as the Fed has indicated at a hawkish monetary policy, the price of gold has retreated to lower levels.

Economic growth in key economies is another key factor that impacts the price of gold. Let us go back to the situation in November 2016 when Donald Trump got a mandate to become the President of the US. Trump’s economic program was predicated on massive tax cuts and a big push to infrastructure. Both these moves had the potential to give a big boost to economic growth. When economic growth returns to an economy, investors would typically prefer to participate in this growth through equities rather than park their monies in gold. That explains why gold prices fell sharply after Trump became the President of the US. That also explains why gold once again rallied when it become evident that Trump would face major challenges in implementing his economic program.

The price of gold is also largely dollar dependent. Historically, there has been a negative correlation between the performance of the dollar and the price of gold. Strengthening dollar has been synonymous with weak gold prices and a weak dollar has been synonymous with strong gold prices. That explains why the price of gold has been under pressure ever since the US$ decisively moved above the 100 mark. This influence gets more pronounced because all commodities are denominated in dollars and hence this relationship has come to stay.

Demand from ETFs and Central Banks is another factor that affects gold prices. For too long, the central banks were the largest holders of gold reserves. Not any longer! Today large gold ETFs like SPDR have as formidable gold reserve as any of the large central banks. Of course, inflows into gold ETFs have been on the wane but it still accounts for a very sizable share of demand for gold. Whenever, there is a spurt in demand for gold from central banks or from ETFs, we have seen gold prices move up.

Gold as an alternative currency is an argument that has gained traction in the last few years. Since the sub-prime crisis in 2008, most central banks across the world have been printing currency in a big way. This has substantially eroded the intrinsic value of these currencies. There is an argument that central banks may prefer to hold reserves in gold rather than foreign currencies. That is because gold has limited supply. Hence, unlike fiat currencies, the supply cannot be increased indiscriminately and that will ensure that the value will be preserved. However, despite the constant arguments on these lines, not much is visible in the form of demand at the ground level.

Over the last 50 years two clear fundamental trends have emerged with respect to the price of gold. Firstly, gold has always gained value in terms of uncertainty. Secondly, the gold price has always been inversely related to the strength of the US economy. Barring these two factors, others have been technical factors that have impacted gold prices more in the short to medium term.