What is algo trading and how does it really impact investors 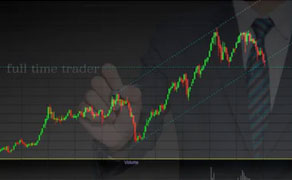 Algorithmic Trading or algo trading is a new product on the block. SEBI permitted algorithmic trading in the Indian markets less than a decade ago. While retail investors are still outside the ambit of algo trading due to the complexities involved, it is the institutional investors that have taken over algo trading completely. Even the proprietary desks of broking houses extensively employ algos to trade in equities, futures and options. So what exactly is algorithmic trading?
Algorithmic trading is all about using powerful high-end machines to execute trades rapidly in an automated that can never be done manually. Algo trading has an advantage for two reasons. Firstly, algo trading can simultaneously understand multiple commands and can execute in an almost error-free fashion. Secondly, algo trades overcome the risk of fat-finger trades which can occur due to errors in manual execution. While the programs are also prone to execution risk, that can be minimized through rigorous checking. Thirdly, algo trading works really in repetitive orders as it can execute conditional orders at a speed that humans cannot.

Firstly, you will find quite often that when you are executing buy trades on the trading screen you may find liquidity on the screen but actual execution may happen at a higher price. That is because the algo has bought these shares faster than you. Secondly, there are times when you place a sell order and are surprised at the speed with which a large order has been executed, although the liquidity was not visible on the screen. That is again an outcome of algo trading lurking on the screen. Effectively, if you are a retail investor, there are times when algos can inadvertently mess up your trades for no fault of yours. But that is a risk that you will have to live with when there are large institutions that are fighting over minor spreads and large volumes.

Algorithms make markets better but can also trigger "flash crashes"..
If you have been following global markets in the last few years then you must be familiar with the term “flash crash” by now. Typically, when algorithms send out a series of market orders without commensurate counterparty liquidity, then these algos have the potential to trigger sharp falls or sharp spurts in the market. The speed with which algos trade in the market does create an element uncertainty and volatility in the market. But more importantly, algos create markets and the importance of that function cannot be underestimated. For example, in the past market making was done by brokers and jobbers who would give buy and sell quotes and make their margins out of the spreads. That job is now entirely done by algos and since algos are trying to populate all possible ticks on both sides, they act as automated market makers. While algos have surely added to the volatility in the equity market, they have also been instrumental in making markets safer through unofficial market making.

Algos / slow algos / HFT algos and so on..
To begin with, algos are not a homogenous product. There are two levels of algos. The Slow Algo is a normal algorithmic program that helps you in conditional execution with a sophistication that is not possible for humans. These algos use the power of automation but execution speed will be largely what you can get in manual trades. The second level of algorithmic execution is what called High Frequency Trading (HFT), which is what is actively done today in the global markets and in India through the use of co-located servers. We have seen the concept of co-location of servers in detail in the earlier part of this article. HFT not only uses tick-by-tick data but also has that millisecond advantage in execution due to their collocated servers. So HFT basically combines the sophistication of complex algos with the speed offered by server co-location.

It cannot be denied that algo trading has surely made Indian markets more efficient and liquid. That is evident from the rising volumes, especially in the index options segment. Algos are an idea whose time has come. They may have their limitations but are surely here to stay!