What to read from the core sector and PMI numbers 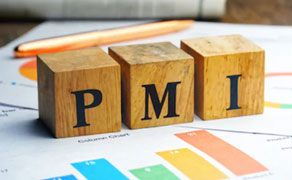 The core sector and PMI numbers announced for the months of March 2017 and April 2017 respectively have some key positive takeaways. The core sector is an aggregate of 8 core sectors that are fundamental to the Indian economy. These 8 sectors constituting the core sector are important because they account for nearly 38% of the overall IIP and hence have long term repercussions for corporate profit growth as well as for the overall GDP growth. The Purchasing Manager Index (PMI) is announced separately for manufacturing and for services. The PMI Manufacturing for March sustained at the level of 52.5 for the month of April 2017; almost at the same level as in March.

The chart above captures the Core sector trend for the last fiscal year. Apparently, the trend has been quite erratic and has been largely determined by the base effect. For the month of March 2017 the core sector growth has shown a smart pick up from 1% in February to 5% in March. But to get a better understanding of the core sector numbers, one needs to get a hang of the underlying trend in the 8 components of the core sector. Broadly, the core sector consists of production growth in Coal, Crude Oil, Refinery Products, Natural Gas, Fertilizers, Steel, and Cement and electricity production. These 8 sectors jointly constitute the core sector.

How did the components of core sector stack up?
Coal production was the clear out performer with a 10% growth. This has been aided by robust demand from thermal power generation power plants and has also seen a pick-up in production due to favourable government policy. Crude oil, which has traditionally been a laggard each month, has also shown a marginal pick-up of 1% in production during the month of March. This has been driven by more favourable pricing of crude oil in the global markets. With the OPEC sustaining its supply cuts, the crude hovered around the range of $50 to $55, which helped crude companies to up output. However, with a glut of US supply and with crude falling below the $50 mark in the Brent market, these numbers could start to taper. Natural gas also saw a growth of 8%; but this needs to be seen in the light of the base effect and also considering that the growth is happening on a fairly small base.

The big positive boost to core sector continued from Steel, where a favourable government policy in the form of import quotas and minimum import prices (MIP) has helped the steel industry to show good growth. With China constricting its massive capacity, steel production from India may stay elevated. Electricity production also saw a 6% pick-up in production with the traditional power sector bottlenecks being addressed and coal supply becoming more predictable. Cement was the one sector that disappointed as has fertilizers. However, the government is already planning a major push towards self-sufficiency in fertilizers and that will hold the fertilizer industry in good stead.

The moral of the story on the core sector has been that the production growth has been clearly visible wherever government support has been forthcoming. Steel, electricity and Coal are all cases in point. As India moves towards its goal of self-sufficiency in oil and fertilizers, these sectors could see favourable government policy and robust growth numbers.

How exactly did the PMI numbers stack up?
The PMI numbers for each month are put out by Markit Economics for the manufacturing and the services sector separately. There are a few basic things to understand about the Purchasing Manager Index (PMI). It represents whether the manufacturing sector is expanding or contracting. The number of 50 is the key cut-off level. A PMI of above 50 indicates an expansion in the manufacturing space while PMI below 50 indicates a contraction. While temporary aberrations are understandable, what is more important is the sustainable monthly trend in these numbers.

PMI-Manufacturing came in at 52.5 for the month of April, almost at the same level as March. This indicates that the manufacturing sector continues to be in expansionary mode, although the momentum is not picking up. A break-up of the PMI-Manufacturing number indicates 3 things. Firstly, the pace of momentum of fresh orders and expansion of order book position is picking up. Secondly, there is no change in the momentum of output expansion but that should follow with the expansion in order books and slack capacity in factories. Lastly, employment levels are increasing indicating that there is actual business optimism which normally indicates that factories are willing to employ more hands.

The only disappointment is on the PMI-Services sector. For April 2017 it has marginally held above the 50 mark clearly indicating that the lag effects of demonetization continue to haunt the services sector. In fact, the services sector was badly hit in the aftermath of demonetization and the PMI-Services were under 50 for a sustained period of time. A sharp revival in services sector is essential to ensure that the benefits of expansion in manufacturing are actually transmitted downstream. That may be the big challenge and the big take-away emerging from the core sector and the PMI numbers.