Is there a relationship between low-P/E and high stock returns? 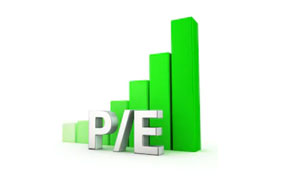 One of the basic premises of value investing is to buy shares online that are available at cheap valuations. The best proxy available for valuation in the equity markets is the P/E ratio. The P/E ratio is calculated by dividing the market cap of the stock by the Net profits for the full year. For more realistic valuations, it is recommended to consider the rolling earnings of the company for the recent four quarters rather than the earnings for the last concluded financial year. But the key question that arises here is whether there is a relationship between low P/E stocks and high stock returns?

At a broad Nifty level, yes there is!

If we look at the broad index, there is a clear relationship between the P/E ratio and the returns of the stock. For example, the Nifty was available in 2002 and in 2009 at close to 11 times earnings. That is the historic low as far as the market is concerned and buying quality stocks at that level would have yielded phenomenal returns. If you leave out the exceptions, the Nifty over the last 25 years has ranged between 11 times P/E on the lower side to 28 times P/E on the higher side. Buying quality stocks near the lower P/E band and selling vulnerable stocks closer to the higher end has been extremely profitable. But can we apply the low P/E - high returns relationship at a stock level. Let us look at these comparisons of stocks within 3 key sectors.

Has it worked in the two-wheelers sector?

While Bajaj Auto commands a P/E ratio of 23, TVS Motors gets a much higher P/E ratio of 55. However, if you look at the last 5 years price chart, TVS Motors has been the clear outperformer with a 1350% returns compared to just 77% for Bajaj Auto. This difference in P/E is driven more by fundamental factors. Firstly, Bajaj has been a predominant exporter of two wheelers and it has suffered on the exports front due to weak demand from countries in Africa and Latin America which are major markets for its two-wheelers. Weak oil prices were the bane of these markets. On the other hand, TVS Motors is predominantly a local player and has been gaining market share over Bajaj in the domestic market. From being the second largest domestic 2-wheeler player in India, Bajaj Auto has fallen to being the fourth largest player after Hero Moto, Honda and TVS. It is this big shift in domestic market share that is being reflected in the difference in P/E ratios. Hence low P/E ratios in this case cannot be taken as an indication to buy.

If one looks at the five year chart of ONGC, OIL and HPCL, it presents a stark contrast. While ONGC quotes at a P/E of 12 and Oil India quotes at a P/E of 17, HPCL still quotes at a very reasonable P/E of 13. In terms of returns, HPCL with 507% returns in the last 5 years has clearly outperformed ONGC and OIL, both of which gave negative returns in the last 1 year. The difference in returns is understandable because crude oil prices in the last five years have fallen from $110/bbl to $55/bbl. At the same time, the downstream players like HPCL have been beneficiaries of the free pricing policy adopted by the government. But what explains the low P/E of HPCL. That is because the growth in earnings of HPCL due to free pricing has been much faster than the growth in price. However, we can interpret it as a sign of caution since markets believe that if oil prices go a tad higher than the government may again ask downstream oil companies like HPCL to bear part of the subsidy burden, as it has done in the past.

In the above chart we capture the relative performance of Kotak Bank, IndusInd Bank and ICICI Bank over the last 5 years. IIB has been the clear outperformer with 355% returns, but Kotak Bank with 213% has also widely outperformed ICICI Bank which has just returned 42% in the last 5 years. Here again, if you look at the P/E ratio then Kotak at 53 times is sharply higher than IIB at 33 times and ICICI Bank at 18 times. The difference here is against due to a clear perception on the relative asset quality. Here again, buying stocks purely on the basis of lower P/E will not be a winning proposition.

Look beyond the P/E approach..
The moral of the story, therefore, is that you need to look well beyond the P/E ratio. The growth expected for the company, the asset quality and the quality of earnings all matter. Purely buying a stock based on low P/E ratios may not be a very smart investment decision. As always, the devil lies in the details. It is these details that you need to look out for!