Understand the difference between shareholder and debenture holder 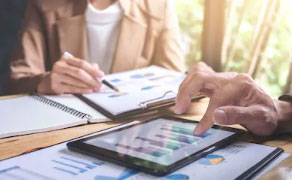 For a company, there are two different ways through which it can raise funds - by issuing shares or by issuing debt instruments. While the end goal of both of these ways is the same, there are plenty of fundamental differences between the both of them. One such difference has to do with the holders of the company’s shares or debt instruments. And that’s exactly what we’re going to be looking at in this article.

Now, as you already saw above, a company, if it chooses to, can raise funds by issuing debt instruments. One such debt instrument that many companies prefer to issue is debentures. A company, when it wants to borrow money from the public, issues debentures.

And in return, it pays a fixed rate of interest on the borrowing to the holders of debentures on a regular basis. Once the tenure of the borrowing is over, the company would then redeem the debentures by returning the principal back to the borrowers.

As you can see by now, shareholders and debenture holders are fundamentally different. That said, their differences extend far beyond just being the holders of their respective instruments. Here’s a quick look at a few of the differences between these two types of holders.

Well, there you have it; the difference between a shareholder and debenture holder. Now, irrespective of whether you want to invest in the shares of a company or its debt instruments, possessing a demat account is mandatory. Visit the website of Motilal Oswal to open a demat account online within minutes.