Understand what are the Tax Implications on buyback of shares? 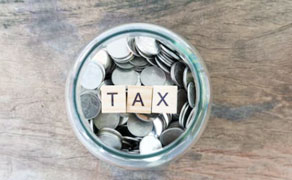 When the tax on equity dividends was first imposed in the Union Budget 2016, it was the first major thrust for buybacks. A company can reward its shareholders in different ways. One of the ways of rewarding shareholders is through declaration of dividends. But now dividends are being taxed at 3 levels. Firstly, dividends are a post-tax appropriation. Secondly, there is dividend distribution tax (DDT) on dividends that is paid by the company declaring the dividends. Lastly, investors earning more than Rs.10 lakhs as dividend per year will also pay an additional tax at 10%. Before getting into buybacks, let us first understand how these factors add up.

How hard is dividend being taxed in India?

In the above table there is the DDT which comes to 17.47% effectively and on top of that there is the 11.648% tax on dividends if they exceed Rs.10 lakhs in a year in the hands of the investor. The effective incidence of tax on dividends is more than 29% in this case and that is not good news for dividends as a form of shareholder reward. Companies increasingly prefer to reward shareholders through buybacks which explains the surge in the number of buybacks in recent months. Take the third scenario above where the Rs.10 lakh limit has already been utilized by the investor. Here first there is the 17.47% DDT on the dividend which reduces the gross dividend of Rs.100 to a net dividend of Rs.82.53.

How are buybacks taxed in India in the hands of the shareholders?

Assume that you had bought shares of company XYZ at Rs.800. After a period of 6 months you accepted the buyback offer by the company at Rs.1000. The profit of Rs.200 will be treated as short term gains as the shares were held for less than 1 year and taxed at the rate of 15%. That is the simpler part of it. The real complication arises when the buyback results in long term capital gains in the hands of the shareholder (i.e. held for more a period of more than 1 year). Here are 5 things you need to know about taxation of buybacks.

Alternatively, the company can also affect the buyback of shares through the stock exchange, in which case the STT becomes payable on the transaction. However, since the STT is already paid in this case, the long-term capital gains will be entirely exempt.

In both the cases above, the taxation incidence, if any, is only on the shareholder and not on the company. That changes when we talk about buyback by an unlisted company. In that case, the company in question is also liable to pay tax.

In case of unlisted companies, there is no tax imposed on the person who benefits from the buyback of shares irrespective of whether the gain from the buyback is short term gain or long-term gain.

The entire buyback may have become slightly complicated after the Union Budget 2018 as now capital gains beyond Rs.1 lakh during a fiscal year will be taxed at 10% without the benefits of indexation. This will be applicable from April 1st, 2018 but this is likely to largely take away from the attractiveness of buybacks, especially for promoters with large holdings in companies.

Buybacks had emerged as a smart tool for promoters and large investors to avoid the payment of huge taxes on dividends. However, with the introduction of the tax on LTCG without the benefit of indexation, the advantages of buyback of shares may have largely diminished.