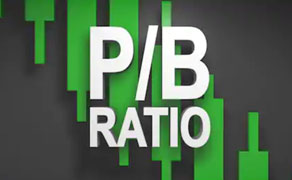 We are all quite familiar with the use of the Price Earnings (P/E) ratio as a measure of valuation. The relationship is quite simple. The P/E ratio is a measure of how much value the market is willing to assign for every rupee earned per share. So if the P/E ratio is 22, it means that the market is willing to assign a value of Rs.22 for every rupee earned by the company. Different companies earn different P/E ratios depending on the company’s growth and the ROE. Normally, companies with a higher relative growth, better growth prospects and higher ROE tend to command a better P/E ratio in the market. Mathematically, the P/E ratio is a quotient of the price and the EPS of the stock but from an analyst perspective, it is the P/E ratio assigned by the market that actually determines the price of the stock.
P/BV is a slightly different concept. While P/E pertains to a flow, P/BV pertains to a stock. The P/BV is the price that the market is willing to pay for each rupee of book value. Book value of the company is measured as (Total assets – external liabilities). In other words, the Book Value of the company is also the sum of its equity and free reserves. Normally, equity in this case includes the share capital and the retained earnings, but normally excludes revaluation reserves. The P/BV ratio can either be measured as Market cap/Net Worth or as Stock Price/Book value per share. Does the P/BV give a unique advantage that P/E does not offer?

Undervaluation and Undervaluation in case of P/BV is not binary..
How do you interpret the P/BV ratio? Under normal conditions a relatively lower P/BV can be interpreted as the stock being underpriced and a relatively higher P/BV can be interpreted as the stock being overpriced. However, there are exceptions to this argument. Take the case of the telecom and the infrastructure sector in India. Stock prices of stocks in these sectors have come down sharply even as their equity base remains high. As a result, their P/BV will appear to be very low. However, in this case the low P/BV represents a structural problem of asset productivity and hence cannot be interpreted as a sign of being underpriced. Similarly, the P/BV can also be manipulated in case of high P/BV companies by creating structures like the INVIT wherein the asset ownership and the maintenance can be separated. This can tend to make the company’s P/BV ratio artificially undervalued. Rules of high and low P/BV can only work in absolutely normal conditions.

P/BV is a better measure for industries in gestation and in turnaround cases..
P/E is very easy to calculate in case of companies that are profit making and growing at a steady rate. But how do you evaluate a loss-making company using P/E? It is simply not practical. Remember not all loss making companies are bad. There are sectors like insurance, power, telecom and ecommerce where companies have to incur losses for the first few years before they can cover their capital investment cost. Similarly, companies that are on the throes of a turnaround may not give a proper perspective if you purely look at the P/E ratio. In such cases, the P/BV Ratio may offer a better measure.

P/BV is a normally accepted metrics in case of financial companies..
Comparison of banks and financial services companies are normally done on the P/BV. For example, HDFC Bank and IndusInd Bank may attract a P/BV of over 5X while an ICICI Bank may get a P/BV of only around 2X. Most of the PSU banks get P/BV ratios of less than 1. The reason P/BV works as a better measure in case of banks and financials is that all these financials are essentially into the spread-game. With the cost of funds and the yields at around the same levels for most of the banks, the P/BV is determined by how well they enhance the spreads and how well they contain their NPAs. That explains why HDFC Bank gets a superior P/BV compared to other banks in India. There is another reason why P/BV works well in case of financials. Banks, the world over, are required to maintain core capital adequacy as a percentage of their asset books. Hence the P/BV also becomes a proxy for the effective yields on their asset books. This is one industry where the P/BV gives the closest representation of value.

For better results, combine P/BV with ROE..
P/BV in isolation can be quite misleading but when combined with the ROE it can be a much better indicator. The combination of ROE and P/BV gives you 3 insights. Firstly, it tells you the return that your assets are earning. Secondly, it tells how effectively you are able to service your capital. Lastly, it tells you how much value the market is willing to assign for your net assets, which is anyways a function of the return on the assets.
P/BV is very relevant in specific cases like turnarounds, high gestation projects etc. But above all, the real application of the P/BV metrics is in case of financials.