What are the downside risks of negative food inflation? 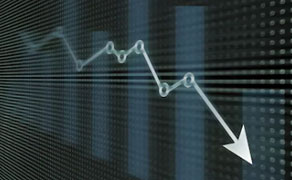 1.  Weak food inflation means weak farm prices
One of the big stories in the last few days has been farmers in distress agitating against weak farm prices in Madhya Pradesh and other states. Due to weak prices of pulses farmers are currently getting prices that are lower than their breakeven point. This is likely to serious impact the incentive to farm and may create a big problem on food supply next year unless the farmer gets a remunerative price. Buoyancy in farm prices is a must if the farmer has to be incentivized to produce. Non-remunerative prices for food will mean that the government will have to import cereals and pulses leading to serious issues over food security, at a time when the geopolitical situation is already quite volatile.

2.  Farmer distress could translate into loan waivers creating problems for banks.
This is already visible across states like Telangana, Uttar Pradesh, Maharashtra and Punjab. States are writing off billions of dollars in farmer debt just to compensate the farmer for non-remunerative prices. Since this state compensation is done with a lag, it tends to disrupt the financials of Indian banks. In fact, BOFA ML has estimated that the farm loan write-offs could lead to state governments writing off nearly $40 billion of agricultural loans before the central elections in 2019. Considering that Indian banks are already sitting on nearly $100 billion of NPAs, this will only worsen the situation. Secondly, these estimates are based on the current situation. If the food prices remain low for another year, it could seriously impair bank balance sheets in the coming years. This will be negative for banks, that are already under tremendous stress.

3.  Don't forget the sacrifice ratio
There is a very important ratio in economics which is called the Sacrifice Ratio (SR). This ratio is based on the premise that when prices get into unremunerative levels, there is a distinct fall in production and income levels and this compression leads to slower growth in GDP. For example, the multiplier effect of the Sacrifice ratio is more crucial in this context. For example, the sacrifice ratio works in such a way that that a 1% fall in inflation results in a fall of 2-3% in GDP. On a GDP base of $2.4 trillion that is a substantial loss. Also, it is essential for India to maintain its GDP growth at higher levels since the differential with China is key to attracting FDI flows. India has already emerged as the largest recipient of FDI investments in the world and they would not want to cede that advantage back to China.

4.  Remember the case of Japan; low inflation can dip into deflation
Japan had suffered a lost decade after peaking out in 1989. The Nikkei is still at around half of the peaks touched in 1989. The symptoms began with falling inflation but over the next few years this transformed into a full-fledged deflation. Remember the old saying that “If inflation is unjust then deflation is inexpedient and of the two, perhaps, deflation is worse”. That was the cases of Japan. Due to low inflation transforming into deflation, the Japanese economy was absolutely flat for over a decade, which is still referred to as the lost decade. That is a risk that India will have to contend with. The trigger could be food inflation as it constitutes a very important part of the overall CPI inflation.

5.  Weak food inflation will mean weak rural demand
From India's perspective, this could be a very serious risk. Many products like two-wheelers, FMCG products, entry-level cars, consumer durables, tractors, agrichemicals are all dependent on the levels of rural incomes and rural demand. Low levels of food inflation sharply compress the incomes in rural areas and the demand. That explains why segments catering to the rural and semi-urban sector tend to suffer the most when food inflation turns weak. For sectors like two-wheelers and FMCG products, it is rural India that is the Swing Consumer and hence they matter a lot for their incremental business.

In a nutshell, the downside risks of weak farm prices and low food inflation can be huge. It has costs in terms of compression of rural demand as well as a compression of overall growth of the economy. While ensuring reasonably priced food for the people, the government also needs to ensure that the prices are remunerative so that the incentive to farm can be sustained. That is at the core of lower food inflation!