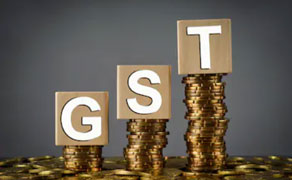 The Goods and Services Tax (GST) represents a major leap for India’s economic reforms. The GST Bill has been cleared and is expected to go live from July 01st this year. Of course, there are concerns over corporate preparedness and there may be delays in the eventual implementation, but the question is more of when rather than whether? The GST does offer some key advantages. Firstly, it will create an all-India market for goods and services with a uniform rate of tax across the length and breadth of India. Secondly, from the business perspective, there will be a substantial simplification of the entire taxation process and reduced compliance requirements. The implementation of the GST is likely to boost annual growth in GDP by nearly 2% as has been borne out by the implementation of GST in other countries. Lastly, companies will benefit substantially as their logistics structures will now be based on the demands of the business rather than on inter-state tax policy. This will lead to more optimal allocation of resources. But the bigger question as we go about implementing GST in India is more rudimentary. From the point of view of goods and services; what will be costlier and what will be cheaper?

What will be costlier once we implement GST in India?
While the Finance Minister has promised that the broad impact of the GST will be neutral, there are some specific segments of the industry that are either enjoying preferential taxation or that are likely to be subject to sin tax. Similarly, industries that essentially service based will stand to lose as a result of GST. For example the service tax rate on telecom services will go up post GST and that will push up costs in an already competitive market. However, there will be the seamless set-off on CENVAT paid on inputs will now be available which will partially reduce the higher cost. Many products in the food processing industry have low levels of indirect taxes and these sectors will be negatively impacted by the implementation of GST. Similarly, the GST is likely to see higher impact on sin goods like cigarettes and pan Masala as well as on perceived luxury products like high-end cars. All these products could become costlier once GST in India is implemented.

What will be cheaper once we implement GST in India?
Among the key sectors that will see lower costs due to GST, the foremost is the automobile sector. It currently has an indirect tax impact f over 27% and since the net impact of GST is likely to be lower than that, we could see lower costs and more competitive pricing from entry level and mid-level cars. Cement could be another product that could become cheaper post GST, with positive long term repercussions for the construction industry. Cement prices are largely impact by their duty structure. If the final duty rate on cement is closer to the mean rate of 18%, then one could see a much lower impact of GST on cement as the current impact is much higher on cement companies. Additionally, retail sector could also benefit substantially from GST as will the entertainment sector. For the entertainment sector, the variety of levies will get subsumed into a single levy and that will reduce their outgo.

The final rates are still awaited but the broad structure appears to be that the GST will be positive for most sectors. Apart from the lower GST incidence, there will be indirect benefits for companies in the form of reduced compliance, seamless markets etc which cannot be quantified at this point of time. Additionally, the seamless credits available under GST will ensure that a lot of input credits that were not available will also help reduce the final impact of GST.

In most economies, the implementation of GST has been accretive for overall growth. However, there is the concern over inflation. In countries like Malaysia where GST was implemented there was a spurt in inflation in the first 2 years of implementation. How it pans out in the Indian context remains to be seen!