What exactly is driving equity markets to new highs? 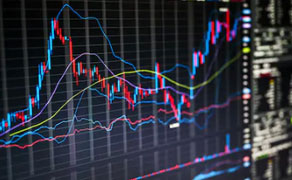 In the midst of the global uncertainty over the Fed trajectory and the monetary stance of other central banks, Indian markets have continued to hit new highs. There is a clear geopolitical conflict in the Middle East and oil is just getting weaker. China is struggling to revive growth even as India has seen the lag effect of demonetization. Even as sceptics have been calling for a correction in the market, the Nifty, Sensex and the Bank Nifty continue to either touch new highs or hover around new highs. What exactly is driving the equity markets higher in the midst of all this domestic and global uncertainty?

1.  Markets are still betting on the rural story..
That is, perhaps the immediate trigger for the markets to stay at elevated levels. As per the latest estimates put out by the IMD, monsoons are likely to be 98% of the long period average (LPA) this year. This will have positive repercussions for the Kharif output and the food inflation in the coming months. A good Kharif output will also mean rising rural incomes and higher rural demand for products including tractors, farm equipment, fertilizers, agrochemicals, white goods, FMCG products, two wheelers and rural housing. All this is likely to prise open the rural markets like never before and that is going to translate into a big rural story developing. Of course, there is the spectre of farmer agitations and weak farmer prices that are the hot issues today. But, that is being addressed through higher MSP and through farm loan waivers. Rural story is a major theme that is holding markets up.

2.  There is a structural story of an attack on the NPAs
It is hard to say how much time the entire process will take, but the good news that the RBI has decided to attack NPAs at two critical levels. At the first level, banks with net NPAs at unsustainable levels are being brought under the Prompt Correction Action (PCA) mode. Under the PCA, the RBI has identified banks where the net NPAs are unsustainable and the ROA is consistently negative. These banks will be under direct RBI monitoring, closer credit scrutiny as well as restrictions on dividend payments, branch expansion as well as senior management compensation. This is likely to instil discipline and accountability in banks.

At a second level, the RBI has already referred 12 large Indian companies with over 60% NPAs to the Insolvency and Bankruptcy Code (IBC). Under the IBC, such companies will be forced to find a resolution to the NPA problem within a period of 180 days (extendable to a maximum of 270 days). Post that, insolvency proceedings will be initiated against the company. This is likely to force a lot of companies to get aggressive in finding white knights from within the same sector to avoid going into bankruptcy. Markets are expecting both these measures to be largely successful in addressing the NPA problem. At nearly $100 billion of NPAs and nearly $180 billion of stressed assets, it continues to be the biggest overhang for Indian markets. A likely resolution to that problem is surely pushing the markets to new highs.

3.  Anticipating the fruits of remonetisation
Markets are also betting largely on the fruits of remonetisation to be realized in the coming months. Over the last few months, the IIP and the GDP numbers have shown a clear pressure coming from the lag effect of demonetization. With remonetisation completing 6 full months and nearly 85% of the currency infused back into the system, the disruption caused by liquidity should be behind.  That will give a leg up to sectors like agriculture, banking, NBFCs, automobiles, cement, construction etc. These sectors are expected to drive the markets to higher levels.

4.  RBI may finally make peace with the doves..
The last meeting of the Monetary Policy Committee (MPC) clearly indicates that there is a clear call for a reduction in the hawkishness. While one member of the MPC was downright dovish, the other are still cautiously hawkish. With the retail inflation continuing to remain at subdued levels, the expectation is that RBI may consider a rate cut of at least 25 basis points sooner rather than later. Also, the Fed has projected its trajectory till the end of 2018 and now it looks like any rate hike by the Fed is unlikely till December 2017. Markets are betting that the dovish stance of the RBI in subsequent MPC meets will go a long way in assuaging the bulls.

5.  Finally, there is the TINA factor..
There is no alternative (TINA) is a common justification given for explaining the buoyancy in Indian markets. During the calendar year 2017, FPIs have been on the buy-side for most of the weeks. That will only get more pronounced as the Fed reduces its hawkishness. At a more fundamental level, India offers the prospect of a revival in the capital cycle, return to a higher plane of growth in earnings and a limitless consumption story. With the INR being strong to stable, foreign investors have added incentive to stay invested in India. Markets are betting that as long as these flows are positive markets are likely to hit new highs consistently.

These may be early days, but definitely a mix of domestic and international stories are combining to keep Indian markets at highs. The big trigger could be the NPA resolution story. After all, banks account for over 35% of the indices and as long as the Bank Nifty is at all-time highs, the Nifty and the Sensex are likely to follow suit.