What explains the outperformance of mid-cap stocks? 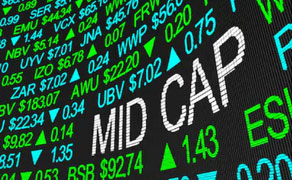 Mid cap stocks have been the big story over the last couple of years. Across different time periods they have managed to outperform the large cap stocks by a margin. This appears to be a reversal of the trend that we have seen over the last 20 years. Typically, mid-cap stocks have been high beta stocks. They have outperformed the large caps when markets were on an upswing. However when markets went into a downswing, these mid-caps tended to grossly underperform the large cap stocks. To understand this phenomenon better, let us look at the Nifty 50 and the Nifty mid-cap index over two distinct time frames of the last 4 months since the beginning of the calendar year 2017 and over the last 1 year. In both cases, the index values have been adjusted to a base of 100 to make them more comparable.

The above chart captures the relative performance of the Nifty 50 vis-a-vis the Nifty Mid Cap index since the beginning of the calendar year 2017. While the Nifty overall has done well with 14% returns, the Nifty mid-cap has been a clear outperformer with returns of 27%. Let us also look at this comparison over a slightly longer time frame of 1 year.

The above chart captures the relative performance of the Nifty 50 vis-a-vis the Nifty Mid Cap index over the last 1 year. While the Nifty overall has done reasonably well with 18% returns, the Nifty mid-cap has been a clear outperformer with returns of 41%. Even during the demonetization period when markets were weak overall, the damage to mid-caps was much less than large caps. That is a clear shift from the trend that we have seen in the last 20 years.

What exactly explains this outperformance by the Mid-cap index over the 4 month period as well as a 1 year period?

The first reason for the outperformance of mid cap stocks are that they are less driven by commodities and cyclical businesses as compared to large caps. The large caps are into businesses like banking, capital goods, automobiles, steel and aluminium and telecom. Most of these are capital intensive sectors with long gestation projects. On the other hand, mid cap stocks have focused more on capital light businesses, which has enabled them to report enhanced ROEs.

Secondly, the big benefit of the last 2 years has been the cheap price of oil. The dividends of cheap oil has accrued largely to the mid cap companies. Most large companies are dependent on the prices of commodities and oil. Take sectors like oil extraction, oil refining, steel, aluminium; they are all dependent on buoyant commodity prices. As result weak commodity prices over the last 2 years has actually worked against them.

Debt has been the bane of large caps. What are some of the most indebted sectors in India currently? Principally, they belong to the steel, metals, telecom, infrastructure and capital goods sector. This has had an impact on banks, which is also predominantly large cap sector. Mid caps, on the other hand have had much lower debt levels either they did not require leverage or because they did not have easy access to leverage. Either ways, this low leverage has come back to benefit the valuation of these mid-cap companies.

Mid-cap stocks have followed more focused business models. To begin with, these mid caps did not have the capacity or the pockets to diversify into a variety of areas. It is large cap companies that have actually diversified into core and non-core areas. Since many large caps have almost become like holding companies, they tend to have less momentum. The ROE of mid caps and the growth rate has been more sustainable in the case of mid-caps and that explains why mid-caps continue to outperform in spite of quoting at historically high valuations.

IT and pharma have also played their part in this outperformance. If you look at these sectors, it is the large cap companies that are actually struggling. While large IT companies are facing the brunt of H1-B visa regulations and large pharma companies are facing the brunt of Form 483 investigations and stringent compliance requirements. These sectors were the major contributors to the outperformance in the past and their tepid performance is weighing the large caps down.

For the time being the mid-cap story appears set to stay. This could be the opportunity when the environment is perfect for promising mid cap companies to scale up and emerge as future large caps. That is the phase that gives the best stock market trading returns; as we have seen in the case of scores of today’s large caps in the past. Mid cap outperformance is not only justified, but also appears to be here to stay. It is time to identify mid cap stocks to buy!