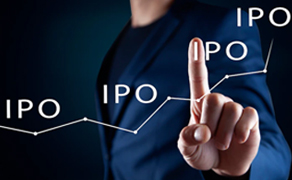 Companies use many ways to raise funds to meet their goals like survival, growth, expansion etc. They often raise funds from their owners, banks, financial institutions and many other sources. But after a certain point in their expansion, many companies prefer to go public. That means they choose to raise funds from the public by offering them shares of the company in an initial public offering or IPO.

The past three years, leading up to this year, saw a surge in IPOs as prospective investment opportunities and many investors were looking to invest in any upcoming IPO. But the last year served as a reminder that IPOs were not a perfect investment opportunity and carried risks of their own with many IPOs of household names like Zomato, Paytm etc failing to justify their hype and most investors were disappointed by the recent IPO performance.

Looking at this subpar IPO performance in 2021, many investors have turned away from them as an investment opportunity. So let us take this as an opportunity to look back at some of the biggest IPOs in Indian history-

Coal India produces non-coking and coking coal in a variety of grades for a variety of uses. The company had a truly massive IPO between 18-21 October 2010, which was valued at Rs. 15,200 Cr.

The Reliance ADA Group is India's largest business conglomerate, with operations in telecoms, financial sectors, entertainment and media, infrastructural facilities, power, and other industries. The performance of the IPO, issued between 15-18 January 2008 was staggering with a value of Rs. 11,700 Cr.

The Oil and Natural Gas Corporation (ONGC) is the government's principal agency for exploring and exploiting India's petroleum resources.  Issued between 5-13 March 2004, the IPO’s total value was Rs. 10,534 Cr.

Marine insurance, fire insurance, vehicle insurance, crop insurance, medical insurance, as well as other insurances are all available via NIA. The IPO was issued between 1-3 November 2017 with a value of Rs. 9585.82 Cr.

DLF Limited is an Indian real estate development business. In terms of finished commercial and residential developments, DLF is India's largest firm. The was issued between 11-14 June 2007 with a value of Rs. 9,187.5 Cr.

The performance of the IPO of this natural gas and oil production and exploration company was phenomenal. The IPO was issued between 11-15 December 2006 and valued at Rs. 8616 Cr.

This joint venture between Prudential Corporation Holding Limited and ICICI Bank had its IPO issued between 19-21 September 2016 and valued at Rs. 6,057 Cr.

So, these were 9 of the biggest IPOs in Indian history. And even though many investors have lost their faith in IPOs, if these 9 examples and the previous 3 years are anything to go by, IPOs can be very profitable for investors and you should definitely open a Demat Account Online so you are ready for the next big investment opportunity.