What's the big deal about IPOs? 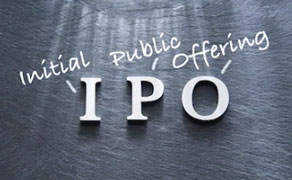 What is IPO?
Initial Public Offering, or IPO as most of us know it, is the process by which a private company can go public by sale of its stocks to general public for the first time. It could be a new, young company or an old company that decides to be listed on an exchange and hence, goes public. By issuing their shares to the public, companies can raise equity capital with the IPO or the existing shareholders can sell their shares to the public.

Public companies, on the other hand, sell at least a part of their shares to the public and trade on a stock exchange. This is why announcing an IPO is also referred to as "going public". Once the upcoming IPOs in India finally make their announcement, their shares are available for people to buy. And since the public is involved, the companies are immediately bound by stricter rules to maintain transparent financial information sharing and set-up of a robust board of directors. The most exciting thing about a company going public is that the shares are traded in the open market, like any other commodity. Anybody who has cash can invest.

Why do private companies go public?
Being listed on a major stock exchange increases the company's standing considerably. Going public means influx of money and oftentimes the amounts are huge, and that is extremely beneficial for the growth of the company. They open additional financial doors defined by the demand of stocks by the public. With increasing market demand, the companies issue more stocks in the market. Thus, mergers and acquisitions are easier to do because stock can be issued as part of the deal.

So one would imagine that any company could be listed on the upcoming IPOs in India and go public eventually. But there are several criteria laid out by SEBI that has to be met before the grand announcement. An IPO is just selling stock. It has to be supported by a strong sales strategy. If the company can convince people to buy their stock, they can raise a lot of money.

Financial newspapers, trading companies feature list of upcoming IPOs in India and this is a rapidly growing stratosphere. As a smart investor you need to know these companies and the general public's response to it so you can grab lucrative opportunities for a robust portfolio.