IPO Mania Gets Reality Check in India After Series of Flops 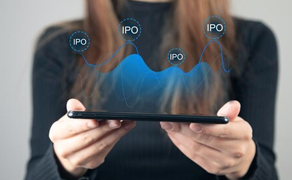 The last few years have been really good for Indian IPOs, culminating in a record year in 2021. Keeping this in mind, the IPO mania had really taken over the Indian investors with many people looking to put their money in any new upcoming IPO. But these investors were hit with a harsh reality check and many recent IPOs failed to match the hype created around them and disappointed the investors.

Although factors like geopolitical tensions, hikes in interest rates and economic instability and volatility have caused IPOs across the globe to have an off-year, Indian investors hoped to be an exception due to the very successful year IPOs had last year. Instead, when people were duped, authorities raised their levels of scrutiny of prospects for IPO, leading to delays in the IPO calendar for this year.

And now, just weeks after closing out a milestone year for recent IPOs, India's booming startup industry faces a reckoning. According to industry insiders acquainted with the situation, A big number of well-known online companies, like Oyo Hotels as well as Delhivery (logistics firm), are postponing their IPOs and reevaluating their target audiences.

This decline also leads to a discussion about the apparent decline in tech stocks in India and how many tech companies are looking to re-evaluate their financial goals and IPO calendars to be more in line with market sentiment and investor reactions. Their deliberate move to delay their listings could be an attempt to escape the trap of overvaluation due to hype and the surge in the last three years.

Moreover, it is clear that the investors themselves seemed to have gotten over the initial mania of IPOs caused by the last three years of good returns, positive future predictions and the hopes of India’s startup landscape actually coming into its own in recent years. They are not looking to invest in just any upcoming IPO list due to the hype but actually looking to gain substantial profits.