Technical Analysis of the LIC IPO 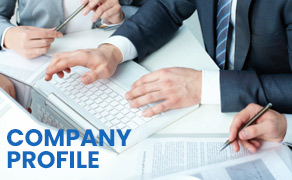 The Life Insurance Corporation of India (LIC) is an insurance and investment company operated and owned by the Indian government. LIC is the sole life insurance corporation within the public sector of India, with an expansive presence in urban and rural areas. LIC operates via 8 zonal offices and 113 divisional offices.

The Central Government of India, as part of its goal of disinvestment, aimed to list the LIC by March 2022. It will now be offered on 4th May. The motivation behind this move? As part of its fiscal plan and to meet the requirements of working capital, the government has sought to list a portion of some of the major corporations it owns by releasing an upcoming IPO for each. In this way, meeting the objectives of corporate purposes will also be achieved.

Details of the LIC IPO

When investors invest, whether it’s in stocks with online trading and investment, or with any other investment channels, a technical analysis helps to be informed of investment choices. Unless investors understand the extent of their investment, according to key parameters, they won’t know whether the decision to invest is an advantageous one. However, before we get into that, some details of the LIC IPO (initial public offering) must be explored. Consequently, knowing these details play a role in the analysis of the LIC IPO. Here are some essential details to be aware of:

When any company (in this case, LIC) releases an IPO, before you invest in shares of the company through the IPO, you may wish to do a study about the technical aspects of the company, its background, etc. Technical aspects may include its financial health in figures that tells you about the company’s growth path in the future. This is related to your potential returns earned from the stock of the company. Here is some information that can help you analyse LIC and as a result, the strength of its upcoming IPO:

The LIC IPO was originally due to be offered in March 2022. However, largely due to the economic jolt of the Ukraine war, it was subsequently delayed. Now the final date of its release is here. According to credible media reports, it will open on 2 May 2022 for LIC employees and policyholders. On 4 May, it will be open to the general public. The issue closes on 9 May.

Changes to the variables of this insurance icon’s eagerly-awaited initial public offering will be in the Rs. 902-Rs.  949 price band, with the Indian government expected to make available a Rs. 60 discount to policyholders and a Rs.  45 discount to LIC employees and retail investors. In recent events, the board of LIC approved an IPO issue size cut to 3.5% from 5%, sources have claimed. The Indian government is now likely to sell 3.5% of its stake for Rs. 21,000 crore.

Technically acknowledged to be a sound investment, it's a good idea to invest in the LIC IPO. Based on the parameters of market share, and its capital and profit, you may go ahead and subscribe, expecting good gains. You can always visit Motilal Oswal for related information and to open a Demat account.