Will mid-caps and small caps continue to be the flavour of the new Samvat? 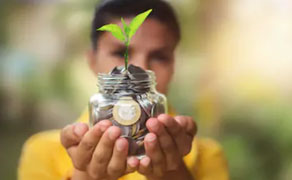 If you look at stock market outperformance, over the last 3 years, clearly the outperformance has come from mid cap and small cap stocks. In the past, mid-caps have shown a unique tendency to outperform in markets that trend up but grossly underperform when the markets are trending down. In fact, whenever the market showed signs of vulnerability, the first to be impacted used to be the mid cap and small cap stocks. In the last 3 years, that trend has changed. Mid caps are now showing signs of vulnerability even when the stock market overall is showing signs of weakness.

With mid cap and small cap stocks outperforming over the last 3 Samvat years, the question is whether these small and mid caps can repeat their performance in the coming year also. It is true that mid caps have become quite expensive and may not generate the kind of alpha that they generated over the last 3 years. It is also true that mid-cap funds are increasingly finding it difficult to find investable stocks and hence many mid-cap funds have also frozen fresh inflows. Despite these signals, mid-caps and small caps may continue to be the flavour of the Samvat 2074 too. Here are 5 factors that will impact the performance of mid caps in the coming year.

How oil prices pan out in the coming year..
One of the reasons why the mid caps outperformed in the last 3 years was the sharp fall in the price of oil.  In fact, the dividends of cheap oil have accrued more to the small and mid caps compared to the large caps. Large caps are dominated by companies that tend to benefit from high oil prices. A lot will predicate on how oil prices pan out in the coming year. Oil is already around $60/bbl in the Brent market and could rise higher if Saudi Arabia and Russia are successful in containing their supplies further. This essentially is not good news for Indian mid caps. The hope is that US supply continues to play spoil sport and keep oil prices under pressure. Any price of Brent closer to $70/bbl could be negative for mid-caps.

They are less leveraged and that is helping their solvency ratios..
Mid and small companies have been less leveraged compared to their large cap counterparts for two key reasons. Firstly, they never required such massive infusions of capital and secondly, they never had that kind of access to easy credit that the large cap companies had. Either ways, the fact is that mid caps have managed to grow in the last few years without adding on too much debt in their books. This has had a more salutary impact on their solvency and has helped them to generate better shareholder returns.

Mid caps and small caps have more focused business models..
Most mid-caps have a connecting bond and that is predicated on a sharp focus on their core business model. Take the case of some of the successful mid caps in the last 10 years. Companies like Lupin Pharma, Motherson Sumi, Britannia, Cadilla Laboratories, Eicher, Escorts have managed to keep their focus on their core competency. Unlike in the case of large diversified conglomerates like the Birla’s or L&T, you hardly find mid-caps that are spread out in terms of their business focus. That is partly due to fund constraints and partly due to limited management bandwidth. Either ways, markets have consistently rewarded companies that have kept their focus on their core strengths. This has also been a key reason for their outperformance.

Mid caps have momentum in their favour..
This is one of the primary factors driving the stock prices of mid cap stocks. Being smaller in terms of market cap, momentum is in term favour. We have seen large market cap heavy companies like ITC, HDFC Bank and TCS struggle for momentum just because the weight of their market cap works against them. Similarly, one can celebrate the 80% returns on Reliance Industries in the last 1 year but this has come in the aftermath of nearly 9 years of price stagnation. On the other hand, it is possible to bet on mid-caps to emerge as future large caps. We have seen that happen in case of stocks like Lupin, Motherson Sumi, Kotak Bank, IndusInd Bank etc. That is where the alpha lies.

Like it or not, we are likely to see outperformance even in Samvat 2074 from mid caps and small caps. The extent of alpha may probably wane, but that is hardly going to dent their magnetism.