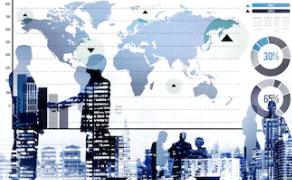 Both Nickel and Lead are not as widely used in industrial applications in Indian industry as compared to aluminium and copper. However, both Nickel and Lead are among the most liquid contracts on the MCX and they both attract substantial trading and hedging interest on the exchange. Lead has a long history of being used in plumbing pipes but over the years the usage has reduced substantially due to the high incidence of lead poisoning. In fact, the usage of lead in plumbing was extensively seen during the Roman era too. Nickel, on the other hand, is a lustrous metal that is largely used in the manufacture of stainless steel. Nickel is also used in minting coins. Nickel is tough as a metal and also has strong anti corrosion properties. In this article let us look at How to Trade Lead MCX in detail

The supply and demand for Lead
Lead is never available in direct form under the earth. It is normally available as Galena which is the main lead ore. Lead is normally found in association with copper, zinc and silver. One of the big factors impacting lead prices is that most of the lead can be 100% recycled for long periods of time. As a result, the recycling almost is tantamount to perpetual supply. Supply of lead has never been a major issue and hence it is normally driven by demand.

The biggest application of lead is in manufacturing of batteries; both industrial batteries and car batteries. Since batteries contain acid, they need a metal that is extreme non-corrosive and resistant. Lead is the best option and hence the batteries are the biggest demand source for lead. Secondly, lead is also a very bad conductor of electricity and hence it becomes a useful metal for lining the batteries. In fact, even nuclear reactors use lead to protect the reactors from the radiation.

How lead price is determined in the Indian market

Consider the price chart of lead at the LME over the last 10 years.

Global prices, that drive the lead price in India, have been fairly stable in a range since 2010. In fact, if you leave out the volatility of the financial crisis in 2008 and 2009, the price of lead has been fairly stable since 2010 and it has also not seen extreme reactions to the economic slowdown on the downside or to the Trump trade on the upside. The supply of lead is largely influenced by its ability to be recycled and that acts as a major ceiling and prevents  lead prices from going up very sharply. According to the International Lead Association (ILA), nearly 80% of the supply of lead in the US and nearly 60% of the supply of lead in Europe comes from recycled resources. At the global level, nearly 50% of the lead comes from mines and the balance 50% comes from recycled resources. China is the world’s largest producer of lead with a 50% market share and also accounts for 45% of the lead demand in the world. One of the reasons for the price stability in lead is also because the demand and supply of lead have been fairly at equilibrium since 2010.

The Big Lead futures are among the 10 most liquid contracts on the MCX at any point of time and since the contract is quoted exclusive of taxes, levies and charges, the domestic price approximately reflects the global price converted into INR terms. There are 5 open contracts on Lead with each month introducing a contract five months hence. Lead Mini tends to attract trader interest whenever there is an arbitrage opportunity with the Big Lead contract.

It needs to be understood that lead is an important metal with very unique economics as it is the one metal which derives 50% of its supply through recycling. But above all, it is also an indicator of the ups and downs of the economic cycle the world over.