Open an Account
What are the nuances of the Crude Oil Futures contract? - Motilal Oswal

What are the nuances of the Crude Oil Futures contract? 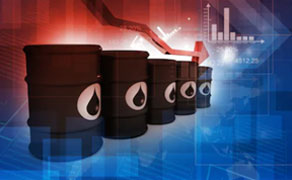 If there is one commodity, apart from gold, that has a major global macroeconomic stamp it is crude oil. Russia, Saudi Arabia and the US are the 3 largest producers of crude oil in the world and between them they account for nearly 1/3rd of the daily global crude oil production. Crude has had varied cycles over the last 50 years and for a long time it was the Organization of Petroleum Exporting Countries (OPEC) that literally controlled the supply and price of crude oil. However, over the last few years, the OPEC share out output has fallen from nearly 50% to about 35% of the global out output. That has substantially reduced the bargaining power that the OPEC had in setting the tone for oil supply and oil prices.

As the chart above indicates, crude prices have fallen almost vertically since late 2014 when the economics of oil first started changing. The US had invested heavily in extracting shale oil over the last 10 years and that supply was coming into the markets in a big way. At the same time, cars were becoming more fuel-efficient and the era of electric cars was dawning. All this means lower demand for fuel. In fact, Goldman has predicted that oil demand in the world should peak around 2024, which is just about 6 years away. Like gold, the price of Brent Crude as well as the volatility of the commodity is largely determined by global factors. India is still a very small player in terms of crude production, although India is the fastest growing market for oil demand. Currently, India produces less than 15% of her daily oil requirements and the balance is met through imports.

Understanding crude futures trading on the commodity exchanges
In the Indian commodity exchange (MCX), crude oil is one of the most popular and liquid commodity futures contracts. Even within the crude oil basket there are 2 sub-contracts. There is the more popular Big Oil contract which has a lot size of 100 barrels while the less used Crude Oil Mini contact has a lot size of 10 barrels.

Globally, oil is typically measured in barrels and is popularly referred to as British Barrels (BBL). One barrel here is approximately equivalent to about 162 litres of oil. Unlike in case of gold where the troy ounce price of gold has to be converted into INR, in the case of oil the conversion is quite straightforward. Since both the benchmark crude and Indian crude futures are dealt on per barrel basis, the conversion just involves multiplying the Brent Crude price with the exchange rate.

So if the latest price of Brent Crude is $49/bbl and the exchange rate is 64/$, then the Indian crude oil futures should be trading at around the level of Rs.3136/barrel. Of course, there will be costs like cess and other levies which will be added. But this direct Brent crude conversion is the basis for setting the price of crude futures in India.

At any point of time, there will be 6 crude contracts that are open and traded although the volumes and liquidity is normally concentrated in the near month contract. So, in August 2017, the exchange will introduce the February 2018 Crude Oil contract. It needs to be remembered that unlike in case of equity derivatives, there is no uniform expiry for commodities. While Gold has its expiry on the 5th of each month, Crude Oil contracts will typically expire on the 19th or the 20th of the month.

How to create spreads in trading crude oil futures
Since the margins and the lot sizes are quite low in case of crude oil, spreads are quite popular and also feasible. When you initiate a crude contract on MCX, the initial margin payable is 4% and the extreme loss margin is 1% making the total payable margin at 5%. Now, typically, the Big Crude contract has a notional lot size of 100 barrels. At the current futures price of Rs.3136, the minimum lot size works out to Rs.313,600. Payment of 5% margin on that comes just about Rs.16,000 and that is what makes spreads on crude oil quite popular. Let us look at the types of spreads in the crude oil market.

Firstly, there is the imperfect calendar spread. For example if the September 2017 Big Crude is quoting at Rs.3100/bbl and the October 2017 Big Crude is quoting at Rs.3192/bbl, then the calendar spread between the two months is nearly 3%. If the standard roll cost and other charges for the contract is around 1%, then the spread trader can capitalize by buying the September Crude Futures and selling the October Crude Futures. That way you can lock in the spread and earn a margin even after considering the rollover cost.

Secondly, there is also the possibility of a spread between the Big Crude and Mini Crude in the same month. Normally, the spread is very narrow considering that the underlying is the same in both cases. However, there are times when disruptions cause spreads. For example if the August Big Crude is quoting at Rs.3160/bbl and the August Mini Crude is quoting at Rs.3190/bbl, then the spread trader can buy the August Big Crude and sell the August Mini Crude. This way, the 1% spread can be locked in as both the contract underlying will mature at the same price. The only thing to be remembered is that you need to do contract size matching. So, to get a perfect spread in the above case, you will have to sell 10 lots of Mini Crude against 1 lot of Big Crude.

Crude oil happens to be one of the most interesting and volatile commodities. A majority of the players in the crude futures market are large Indian companies like ONGC, IOC and HPCL who have a genuine underlying exposure to oil and are looking to hedge their price risk. Even for small traders, Crude Oil futures offer a good way to participate in the movement of global crude prices.