Why did technology stocks slide on Wall Street? 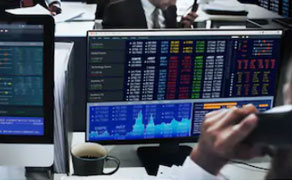 Over the last few weeks, technology bellwethers had a torrid time in the markets.  Some of the marquee names like Alphabet (formerly Google), Apple, Amazon, Facebook and Microsoft have given away a good chunk of their gains. In a matter of a few days, stocks like Amazon, Apple, Alphabet and Facebook lost over $100 billion in market value. While this may not be too serious considering the overall combined market cap of these tech stocks, the quantum and ferocity of the correction obviously raises a very fundamental question. Is the correction an aberration, or is it signalling something deeper in the technology space that is not immediately apparent at this point of time?

Over the last few months, there have been concerns over the valuation metrics of these tech stocks. The markets were, probably, factoring in earnings too deep into the future and the actual earnings reported were failing to keep pace with the street expectations. Companies like Amazon have been quoting at incredibly rich valuations for too long and markets were expecting a return to reality. Here are five key reasons that led to this correction in tech stocks

1.  There is an overvaluation concern with respect to tech stocks
While Amazon is struggling to sustain profits quarter after quarter, Tesla is now more valuable than century old auto companies. Obviously, there appears to be a dichotomy somewhere. Most of these stocks, probably barring Apple and Alphabet, have questions over their projections being too speculative. Even in case of Apple and Alphabet, the concern was always that most of the medium to long term positives in the stock were already priced in. Other than Apple and Microsoft, the other 3 tech bellwethers viz. Amazon, Facebook and Alphabet have a legacy of less than 20 years. That is probably why the overvaluation looks a lot starker.

2.  The Goldman Sachs downgrade also did the trick
Normally, when a brokerage house raises pertinent concerns over the future prospects of a stock, it obviously impacts the price of these stocks. More so, when the brokerage in question is someone as reputed as Goldman Sachs, which is among the most powerful investment houses in the world. In fact, Goldman Sachs had gone to the extent of pointing out that the build-up to tech stock valuations was almost reminiscent of the dot com bubble of early 2000. This resulted in a lot of institutional clients offloading their stake in these tech stocks leading to the sharp downturn in these technology stocks.

3.  The US contagion had larger implications for global IT stocks
The sharp correction was not restricted to the US stocks alone. Like in the US, China too has seen very rich valuations in case of marquee Chinese names like Alibaba and Tencent. While both these stocks have proved themselves over the last few years, the overvaluation concern was always there and the sharp correction in US tech stocks provided a trigger for these tech stocks too. The contagion was visible across tech stocks in the US, UK, Europe and China.

4.  Is it a case of the Trump Trade all over again?
Not much has been heard of the Trump trade in the last few weeks. However, with Trump reiterating his intention to cut corporate taxes and invest in infrastructure, the attractiveness of old economy sectors like banks and commodities is back in the reckoning. Tax cuts and infrastructure spending are more beneficial to companies that are old economy and driven more by domestic demand. Most of the tech companies in the US are more global in the strict definition of the term and that makes them less likely to benefit from such reformist measures. Also, the bond yields in the US are on an upswing. Normally, when bond yields go up, traders find debt yields relatively more attractive and the brunt is normally borne by the richly valued stocks; which was technology stocks in this case.

5.  Finally, it was about dollar strength spooking the tech stocks
Dollar strength is normally driven by a stronger US economy and higher interest rates. Both these factors are present in the US economy. The Fed hiking rates by 25 basis points and guiding another 100-bps rate hike by end of 2018 is likely to make the US dollar stronger. A strong dollar means that most tech companies who are earning in foreign currency from other countries are bringing back less dollars when they translate these earnings into dollars. Tech companies have been major losers when the dollar has strengthened and that is the trend that looks likely now as the US gets into a cycle of hawkish monetary policy, higher growth and more spending.

It may be hard to pinpoint the specific reason for the correction in tech stocks, but overvaluation and concerns over earnings visibility is surely a major issue. To be fair, the tech valuations are nowhere close to what we saw in 2000 and hence those comparisons may not be entirely in order. However, investors in tech stocks need to perhaps realize that when earnings fail to keep pace with P/E ratios, then price vulnerability is a logical corollary. That is exactly what we have seen in tech stocks.