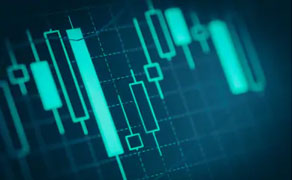 Algo trading is a short name for algorithmic trading. This kind of trading is also called automated training and black-box trading. The uniqueness of algorithmic trading comes from the strategy of trading it uses. With the aid of a programmed set of computerised algorithms, trades are executed on the stock market. Algorithms are defined sets of instructions, and through this kind of trading, profits can be produced at frequencies and speeds unheard of in human traders.

An algorithm or a defined set of instructions depends upon price, timing, quantity or any other mathematically-based model. Besides making profit for investors on the stock market, algorithmic trading generates more liquidity in markets, making trading a systematic action by removing the effect of human emotions playing roles in trades. If you want to experience algorithmic trading, you can open demat account linked to certain providers offering algorithmic trading facilities.

In 2008, a memorable circular, issued by SEBI - Securities and Exchange Board of India, stated that India was opening its markets to algorithmic trading. Direct market Access (DMA) was introduced. What DMA permitted brokers to do, was introduce their own infrastructure to their non-retail customers. Such customers were allowed to place trades powered by programmes called algorithms. Algorithmic trading in India, for the very first time, was undertaken with no intervention from human beings.

Gradually, models based on the mechanism of arbitrage were built for Equities, Options and Futures on the National Stock Exchange, or NSE, as well as the Bombay Stock Exchange, or BSE. Since 2011, the turnover percentage, based on algorithmic trading, has increased by more than fifty percent on the segment of BSE’s Equities.

In 2010, algo trading turned over a new leaf in India. It is commonly acknowledged that the BSE and NSE compete with each other, vying for identical market participants as the same stocks and securities are listed on both the BSE and NSE. In 2010, SEBI introduced something known as ‘Smart Order Routing’. Called SOR, it enabled, almost overnight, investors to place orders for trades without bothering which exchange was facilitating better prices of securities. Boosting the overall stock market, participants could place their trades with new-found confidence. Traders now knew that they’d get the best price execution. Across the BSE and the NSE, the volume of transactions went up, and so did liquidity.

Soon, the NSE began to launch services that based themselves on algorithms offering convenient trading tools to investors. Co-location was introduced to provide members the facility of placing their own servers in the premises of the exchange. This was offered for a fee. These were offered by the BSE by 2013. After this, both the BSE and NSE provided retail trading the opportunity of using algorithms in placing orders. From this  time, the Indian stock market has seen a steady rise of algorithmic trading, but is nowhere near the percent of 90% of all trades being algorithmically-centred as its American counterpart.