Currency Pairs with the Highest Volatility and How to Trade Them 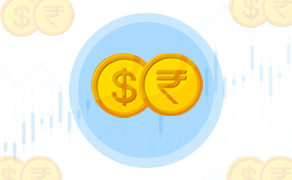 Currency rate volatility, which is often calculated by measuring the standard deviation or variance of currency price movements, informs traders about how much a currency may change compared to its average over a certain time period. Traders may also assess volatility by examining the average actual range of a currency pair or the range expressed as a percentage of spot.

Which currency exchange near me are the most volatile

The following are the most volatile major currency pairs:

As a consequence, other key currency rate pairings such as are less volatile and more liquid. Emerging market currency pairings have some of the greatest volatility levels.

Where do the less volatile currency pairs fit in

The volatility of two currencies may be affected by their correlation. The lower the volatility, the more favorably two currencies are connected with one another. Continuing our USD/CHF comparison, both the Swiss Franc and US Dollar are considered safe-haven currencies.

When the market suffers bouts of risk aversion, the Swiss Franc and US Dollar tend to increase versus their sentiment-linked counterparts, although the two currencies may not diverge significantly from each other. This adds to the USD/CHF volatility estimates being quite low.

When forex online trading, forex traders should consider current volatility levels as well as prospective changes in volatility. Market players should also think about how volatile a currency pair is when altering their position sizes. When trading a volatile currency rate pair, a smaller position size may be required.

Volatility awareness may also aid traders in determining proper stop loss and take profit limit orders. It's also critical to understand the key factors that separate the most volatile currencies from those with low volatility ratings. Traders should also know how to assess volatility and be aware of situations that might result in big volatility variations.

Related Articles: Similarities and Differences Between Crypto and Forex Online Trading | 6 Things to consider before trading in Forex | What Are Cross Currency Pairs And What Do They Mean | 10 Main Benefits of Forex/Currency Trading | How Currency Fluctuations Impact your Financial Plan