Effect of Demonetization on Car Sales in India 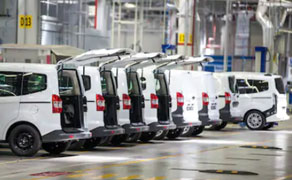 One of the sectors that took a major hit from demonetization was the automobile sector. The liquidity crunch created by demonetization had negatively impacted the demand for entry level cars and for two wheelers. That was hardly surprising as these segments saw a good chunk of demand from rural and semi-urban areas. With the impact of demonetization hitting the agricultural and rural sector hard, there was a clear compression in rural and semi-urban demand. The month of April was critical for auto sector for two reasons. Firstly, it marks 4 months of the completion of the demonetization exercise and hence was expected to show the first signs of a sustainable pick-up in all-round demand for the auto sector. The month of April was also crucial because March numbers were hit by the introduction of BS-IV pollution norms. With the High Court banning sales of BS-III vehicles post April 2017, that inventory status also became critical.

How did passenger cars fare overall?
The sales of passenger vehicles crossed the 3 million mark for the first time in the fiscal year 2016-17 for the Indian market. The month of March 2017 had shown a growth of 9.3% in passenger vehicle sales on a YOY basis. In fact April has been much better with most of the leading passenger vehicles companies showing double digit growth. Maruti Suzuki, India largest car maker sold nearly 144,492 units in the month of April, recording a growth of 23% on a YOY basis. The compact car portfolio grew by 39% while the Utility vehicles grew by 22.5%. But what was really gratifying was that the entry level cars consisting of the Wagon-R and the Alto grew by 22%. Why is this number important?

Event in the aftermath of the demonetization drive, the compact segment and the UV segment continued to post robust growth. It was the entry level segment that was showing negative growth for Maruti. With the turnaround in the entry-level segment, the overhang of demonetization seems to be waning at India’s largest car maker. Another stark outperformer was Tata Motors which recorded 23% growth in passenger vehicle sales in April 2017. However, for Tata Motors the overhang of BS-III inventory continues and they will be looking to export at least half of the inventory.

How did two-wheelers fare during April 2017?
The big development in April 2017 was that Honda of Japan emerged as the second largest motorcycle manufacturer in India pushing Bajaj to third position. But the key question is regarding the impact on retail demand for two wheelers during the month of April 2017? While Honda of Japan saw a 33% growth in numbers, Hero Moto saw its sales lower by 3.5%. However, that could be more of an aberration since Hero Moto was left holding the largest inventory of BS-III vehicles towards the end of March. That is likely to be an overhang on the company. However, the sharp growth in Honda of Japan indicates that retail demand from rural and semi-urban areas is back in contention. Even Enfield has managed to post healthy growth of over 30% but that is on a much smaller base and that also does not exactly cater to the entry level of two wheelers.

Bajaj's performance in the domestic market was, however, quite disappointing. April sales fell by 21% for Bajaj Auto but exports for the month were up by 44%. Bajaj has an almost equal representation of domestic and exports sales in its overall mix. However, the sharp fall in domestic sales is indicative of strain in demand in the aftermath of the demonetization exercise.

Commercial vehicles were the disappointment
Broadly, the big disappointment continues to be the commercial vehicles production due to a weakness in the revival of the capital investment cycle. The CV demand is a lot more contingent on a broader economic recovery. Tata Motors took a hit on the BS-III norms front and reported April 2017 sales lower by 36%. Among the other key players, Ashok Leyland reported a 30% fall in CV sales for April 2017 while Volvo reported a 42% decline. The broad theme seems to be that the back-ending of the revival in the capital cycle appears to be spooking the CV segment. That explains the sharp fall in sales of all the 3 major companies.

To conclude, there are definitely signs of a revival in retail demand if we go by the growth in the compact segment and the revival of demand for entry-level cars. However, two-wheelers continue to disappoint. That could be partially due to weak recovery in rural and semi-urban area s as well as the after effects of the BS-III norms. The big worry from a macro perspective could be that the capital cycle revival is getting back-ended. That is something the government may want to take note of!