How and why does monetary policy impact debt markets? 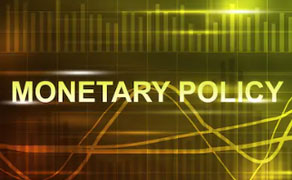 Rate announcements and bond markets
Fundamentally, there is a negative relationship between interest rates in the market and bond prices. When rates go up, bond prices tend to come down and when rates go down then bond prices tend to go up. Why is this so? Let us assume that you are holding an 8% bond maturing after 7 years. If the RBI cuts rate by 2% then you are at an advantage because you are locked in at 8% returns while fresh investors will get 2% lower. This advantage tends to get reflected in higher prices so that the yield to maturity (YTM) is maintained at the market level. In case you are holding government bonds or G-Sec bond funds, then you stand to benefit from falling interest rates as you gain from capital appreciation. That explains why G-Sec funds normally tend to outperform when the rates are falling. Longer tenure funds gain more when rates are falling.

The chart above shows the 10-year bond yield movement over the last one year. Take three distinct situations here. The February 2017 monetary policy was the first time the RBI hinted at a shift from accommodative policy to neutral policy. Immediately after that there was a sharp spike in the bond yields. Post April 2017, the yields again started falling as lower inflation and an ambiguous US Fed built expectations of further rate cuts by the RBI. That was reflected in the yields falling. However, post June 2017 when the inflation bottomed out, the bond market has been betting on an end of the rate cut cycle. During the last 6 months despite the RBI not tinkering with rates, the bond yields are actually up by 80 bps. This shows the market expectation that due to higher inflation and Fed hawkishness, the RBI may be impelled to hike rates in 2018. Monetary policy signals and expectations also play a key role in the direction of the bond markets.

Triggers demand and supply of bonds by banks and FPIs..
Two of the major buyers of government bond issues are banks and FPIs. Typically banks and Foreign Portfolio Investors (FPIs) will decide their bond purchase strategy based on the outlook for rates and the yields. Banks normally prefer a falling interest rate scenario as it will lead to capital appreciation on their bond portfolios. This allows these banks to book treasury profits. A falling interest rate outlook enables the government to raise debt at lower yields. On the other hand, FPIs determine their bond appetite by 2 key outlooks that are provided in the monetary policy. Firstly, FPIs look at the spread of the Indian benchmark yield over the yield in a matured market like the US. Indian bonds have typically traded at a premium of 400 basis points over the US benchmark yields. This is good enough to attract the FPIs. However, if that spread was to narrow, then there could be risk-off flight from Indian bonds, on the lines of what we saw in 2013. Secondly, the monetary policy also gives a currency outlook and that is critical for FPIs. The 400 basis points spread are meaningful only if the INR is stable vis-à-vis the dollar.
In a nutshell, the monetary policy has important implications for the bond markets; in terms of rates, in terms of liquidity and in terms of institutional appetite!