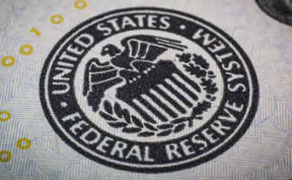 During the May meeting of the Federal Market Open Market Committee (FOMC), the board decided to keep its rates static in the range of 0.75%-1.00%. It may be recollected that the US had kept rates in the rang
e of 0.00% to 0.25% between 2008 and 2015. Then there were 3 rate hikes in December 2015, December 2016 and March 2017 bringing rates to the current level. The decision in the May meeting was anyways a foregone conclusion after the US economy had announced weaker growth of 0.7% GDP in the first quarter of the calendar year. However, the Fed has maintained its trajectory of 2 more rate hikes for the current calendar year with the potential to take the rates up to the range of 1.25%-1.50%.

From the perspective of global financial markets and specifically to Indian markets, it reinforces the view that the 3rd rate hike will not come during the calendar year 2017. That is good news for FPI flows as the yield differential will not narrow too much between the Indian debt benchmark and the US debt benchmark. However, there could be negative tidings for commodities. Weak US growth, as shown in the first quarter at 0.7%, is not great news for commodity demand and commodity prices. It was, therefore, hardly surprising that commodities went into a sharp fall around the Fed meeting. All you need to know about Commodity and currency trading

What do the Fed Futures trading imply in terms of rate hike chances?
One way to look at the trajectory of the rates in the US is to look at the probabilities in the Fed Futures trading on the Chicago Mercantile Exchange (CME). When one looks at the next 6 meetings of the Fed till January 2018, the Fed futures imply nearly 85-90% probability to just 2 more rate hikes this calendar year with the next rate hike coming as early as June 2017. Of course, these probabilities are subject to change on a regular basis but at least for now it appears that the limit of 2 rate hikes during this year will not be breached.

Fed rate action versus the original Fed rate plan
When the Fed had originally proposed to hike rates back in early 2015, the Fed had set three parameters which would justify a rate hike

The first condition pertains to full employment and wage increases. According to latest labour figures, the total unemployment rate in the US is around 4.5%. The level of 5% is the cut-off for defining full employment, which means that the jobs condition has already been met. There is the issue of higher wages which is showing some traction but that is likely to pick up with the greater focus on spending and tax cuts.

The second condition pertains to inflation, which needs to get closer to 2%. According to Fed estimates, the non-core inflation excluding food and fuel has already crossed 2%. Even the core inflation has gotten near to 2% and greater spending spurred by tax cuts could take rates beyond 2%.

The only condition which is not yet met is that of growth. The GDP growth in the first quarter was just 0.7% but US policymakers believe that this is more a case of an aberration rather than the norm. Growth is likely to get back from the second quarter and once the spending and tax cut traction picks up, GDP growth could get back to higher levels.

In a nutshell, most of the conditions of the rate hike set by the Fed are already met except the aspect of growth, which is down due to an aberration. However, there is another important consideration pertaining to the US Fed. The US Fed has not yet embarked on its tapering program to wind up its $4.5 trillion worth of government securities portfolio. Once the taper starts, the bond yields in the market could move higher. If that happens, then the Fed may not see the necessity to hike rates further. A taper policy may actually induce the Fed to go slow on rate hikes.

What does this mean for RBI rate action?
That is the billion dollar question. The RBI has currently maintained status quo on rates due to the worry that accelerated rate hikes by the Fed could narrow the yield differential between US benchmark bonds and Indian benchmark bonds. Dr. Urjit Patel had indicated about possible rate hikes by the RBI to maintain the rate differential. However, with the Fed projecting just 2 more rate hikes during the year, the RBI may not feel the necessity to hike rates in India. But the status quo on rates looks to stay for the time being in the Indian context.

The second important consideration for India is whether the Fed chooses to go aggressive on rate hikes or on tapering the bond portfolio by selling bonds to suck out liquidity in the system. While India can live with rate hikes if it is backed by growth in the US, the bigger worry could be if the US decides to wind up its $4.5 trillion bond portfolio. Over the last 9 years, the global equity market cap went from $70 trillion to $35 trillion and then back all the way to $75 trillion. This bounce was largely led by the relentless supply of liquidity in the global markets. It is anybody’s guess what will happen if the liquidity starts unwinding. That is the big global event risk that India may have to watch out for.