Open an Account
In 2022, find out how new SEBI laws may affect commodity trading | Motilal Oswal 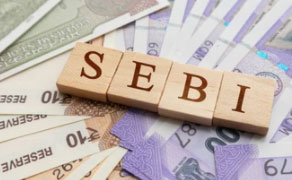 Securities and Exchange Board of India's new margin restrictions will take effect, causing a significant shift in stock market trading. Traders are forced to give 100% margin upfront for their trades under the peak margin rule, which has been criticized by several market participants. This, according to experts, will have an influence on intraday trading. It should be recalled that Sebi imposed new margin rules for day traders a year ago.

Last year, the SEBI decided to implement peak margin rules in an attempt to reduce speculative trading and limit the leverage that stockbrokers can provide their clients. Stock brokers ceased utilizing end-of-day positions to determine margin needs when the new norms were announced, and instead began using intraday peak positions. Stockbrokers who do not comply will be fined. Furthermore, stockbrokers will be penalized if leverage supplied to clients exceeds VaR + ELM and standardized portfolio analysis risk for derivatives holdings.

SEBI has been gradually implementing the new margin restrictions. From September 1, the final phase of the peak margin norms will be enforced. As part of the last phase of the new peak margin legislation, stockbrokers will be penalised if margins collected from traders are less than 100% of transaction value in the case of cash market equities, and an additional Span + Exposure for derivatives deals.

According to experts, the new peak margin limitations would be a blow to intraday trading since margins will now be taken ahead rather than at the end of the day, as before. TThe margin needs will be calculated four times throughout each trading session under the new share trading margin rules. It will also incorporate positions in intraday trading.

Traders are unhappy with the new peak margin rules because they will have to put more money aside to meet trading margin requirements. Trading futures and options will become more expensive as a result. Previously, the stockbrokers' association ANMI described the market regulator's new peak margin regulation as unjust, and it encouraged Sebi to review its peak margin rules, particularly those governing intra-day trade.

According to the ANMI, the 100 percent charge on intraday transactions is 3.33 percent more than the actual highest margin. More recently, the stockbrokers' organization notified Sebi that it would be impossible to comply with the peak margin provisions. Many brokers believe that the market regulator's new peak margin rules are oppressive. Even traders are dissatisfied since they will have to pay more money to wager on the stock market, particularly intraday and futures trading. It should be mentioned that if the peak margin rules are not followed during a trading session, traders will be penalized.