Techniques For Beginners In Forex Trading 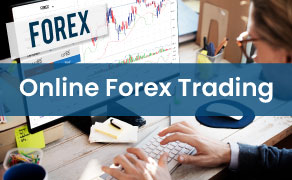 What is Forex Trading Online?

The foreign exchange market, also known as forex, is a network of buyers and sellers who trade currencies at a price that has been determined in advance. If you have ever travelled outside of your country, you have almost certainly participated in a foreign exchange transaction. It is the process by which institutions, individuals, and central banks change one currency into another.

While some currency conversion takes place for useful purposes, the vast majority of currency exchange takes place intending to make a profit. The volume of money that is traded each day can cause specific currency prices to fluctuate quite unpredictably. This can lead to wild price swings. Traders are drawn to the foreign exchange market due to its high degree of volatility because it offers the potential for greater profits while also involving a higher degree of risk.

How Do Currency Markets Function?

Online forex trading occurs not on exchanges like those that deal in stocks or commodities but rather directly between two parties in a market known as an over-the-counter (OTC) market. The foreign exchange market is controlled by a global network of institutions primarily based in the following four cities, each of which is located in a different time zone: London, Sydney, New York, and Tokyo.

The vast majority of traders who speculate on the pricing of foreign exchange do not intend to take delivery of the currency; instead, they make exchange rate forecasts to profit from the swings in market price.

What Influences the Forex Market?

As the forex market is composed of currency pairs from all over the world, predicting currency values may be challenging due to the many factors affecting price fluctuations. However, just like other capital markets, the foreign exchange market is largely controlled by the interactions of supply and demand, and it is essential to have an understanding of the factors that drive price movements in this market.

Currency trading is the largest and most liquid financial market. However, young people have little understanding of its function. Unlike the equities market, which is primarily concerned with assisting established corporations in raising funds from a large number of investors, the Forex market serves a variety of functions.