Why is P/BV a more popular measure for banking stocks 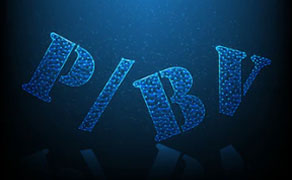 The normal metrics used to value a company or to compare valuations is the Price / Earnings ratio or the P/E ratio. The P/E ratio shows how much the market is willing to pay for each rupee earned by the company. It is a statement on the quality of the earnings of the company since companies with the same quantum of earnings but a better quality of earnings get a higher P/E ratio valuation. But why is it that so often we see analysts and experts looking at Price / Book Value or P/BV when it comes to banks and financials. It is quite common to hear that PSU banks are quoting at less than 1X P/BV and private banks are quoting at more than 4X P/BV. Why is P/BV specifically relevant when it comes to banks and financials? Let us look at why price to book value for banks is advised and what is a good price to book ratio. Is there something like a price to book ratio calculator? First, let us look at the concept of P/BV in granular detail.

How is P/BV different as a concept?

Since P/E has earnings as the denominator, it discounts a flow. However, since P/BV has the book value of assets (net worth) as the denominator it discounts a static stock at a point of time. In other words, P/BV is the price that the market is willing to pay for each rupee of book value, which can be depicted as (Total assets – external liabilities). If you visualize the balance sheet of a company, the Book Value of the company is also the sum of its equity and free reserves. In this case, for the purpose of BV calculation, equity includes the share capital and the retained earnings, but normally excludes revaluation reserves. The P/BV ratio can be measured at a macro level or at a micro level; as ratio of Market cap/Net Worth or as Stock Price/Book value per share.

Is it true that P/BV is more suited to banks and financials?

That is the case generally and world over the P/BV is a more popular measure of valuation when it comes to banks and financials. There are broadly 3 reasons why P/BV works better in case of financials.

Normally, relatively lower P/BV is interpreted as the stock being underpriced and relatively higher P/BV is interpreted as the stock being overpriced. But there is a deeper significance of this to banks. For a bank, the macroeconomic conditions like inflation rate, rate of interest and liquidity are approximately the same for most of the banks. What differentiates one bank from the other bank is a function of how efficiently the funds or the assets are utilized and how best the spreads are managed. The reason a Kotak Bank or an HDFC Bank enjoys a higher P/BV is not about undervaluation or overvaluation at all. In fact, P/BV allows banks to be classified based on efficiency of use of funds in different P/BV brackets. Then the benchmarking is done within such brackets. That is why the P/BV ratio matters a lot more to banks and financials.

P/BV captures the spread game of banks a lot better

The reason P/BV works in case of banks and financials is that these financials are essentially in the spread-game. Normally, cost of funds and yields are around the same levels for most banks so the P/BV is determined by how well they enhance the spreads and how well they contain their NPAs. There is another reason why P/BV works well in case of banks and financials. As per Basel regulations, banks are required to maintain core capital adequacy as a percentage of their asset books. Hence the P/BV also becomes a proxy for the effective yields on their asset books. Specifically, when it comes to banks and other financials, the P/BV is a very good approximation of comparative metrics.

In case of PSU banks, the P/BV ratio can better capture the turnaround prospects

P/E is easy to calculate when companies are making profits. But, what about the case like Indian PSBs, where almost all the banks are making huge losses. It is just not practical! Many loss making banks are just an outcome of bad decisions and can turn around if the ideal conditions for spreads and capital are created. Also, certain businesses like financial services and insurance have a long gestation and investment period. During such periods, the P/BV works a lot more efficiently.

While P/BV is normally used for most industries as an adjunct measure, it is only in the case of banks that P/BV is the primary valuation measure. However, P/BV in isolation can be quite misleading and can be a lot more effective when combined with the ROE. That is because ROE captures the aspect of return on assets and also return on capital employed, which is what the P/BV gaps capture. That is why P/BV continues to be the key for financials.