Will the embargo on Qatar impact crude oil prices 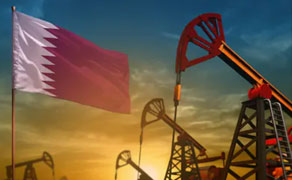 The Kingdom of Qatar recently became the centre of another Middle Eastern crisis. Saudi Arabia, Egypt, UAE and Bahrain decided to sever all land, air and water borders with the Kingdom of Qatar. The crux of the allegation was that Qatar was directly and indirectly supporting groups like the Muslim Brotherhood and the Hamas. Both these groups are alleged to be involved in acts of terrorism. The problem for Saudi Arabia becomes more acute because Qatar is seen getting closer to Iran, which has been the largest nation that continues to be antagonistic to Saudi Arabia in the Middle East. Of course, other nations like Oman are yet to join the embargo while larger nations like Turkey and Iran are not only sympathetic towards Qatar but have also pledged to support Qatar in the hour of crisis. Turkey’s support will be critical to Qatar because Turkey boasts the largest NATO military base in Europe and hence the US would be loath to do anything that will rub Turkey the wrong way.

Economically, where does Qatar stand?
To understand the impact of the Qatar embargo on oil prices, one needs to understand where Qatar stands vis-à-vis its Gulf neighbours. Qatar still depends on the Gulf region for nearly 1/3rd of its food supplies. The only country with which Qatar shares a land border is Saudi Arabia and most of the food supplies into Qatar come in through the Saudi land route. However, there is not much of trade that happens between Qatar and the Gulf region. For example, UAE is the largest trading partner for Qatar but globally it is only its fifth largest partner. Since most of the Gulf States are looking to export oil and gas, there is not much scope for trade among them.

However, Qatar is important from a much larger global perspective. Qatar has the world’s highest GDP per capita measured at approx $130,000/- per annum. Qatar is the world’s largest exporter of liquefied natural gas (LNG) in the world and most of the leading Asia Pacific nations like Japan, China, Korea and India rely heavily on Qatar for their LNG imports. But the real power of Qatar and its global footprint could come from its large sovereign fund and the quality of investments across the globe. At $335 billion, Qatar Investment Authority (QIA) runs one of the most powerful fossil-fuel driven sovereign funds in the world. QIA has meaningful investments in Europe, United States and UK. The QIA owns some of the prime properties in Manhattan and in London. QIA also owns a stake in Barclays which was a bailout when Barclays had gotten into trouble in the aftermath of the financial crisis in 2008. QIA is the largest foreign shareholder in Volkswagen, which remains among the largest car manufacturers in the world. QIA’s impact also gets magnified because of its stake in Glencore, which is the world’s largest trader in commodities.

How will the Qatar embargo impact oil prices?
While Qatar is still part of the OPEC and is one of the signatories to the voluntary supply quotas, its contribution to the overall OPEC output is still quite small. With a total crude oil capacity of 620,000 barrels per day (bpd) of oil, it is less than 1/10th the size of Saudi Arabia and much smaller than other principal producers like UAE, Iran and Iraq. Even if the other intermediate products are included, the total output of Qatar is just about 1.2 million bpd. Its current contribution to the supply quota is just about 30,000 bpd and even if that is reversed it will not amount to much. Today the real swing producer of oil is the US and what will really matter to global oil prices is how the US shale production and US stockpiles pan out.

But then why did oil prices correct sharply after the Qatar embargo? The reason is slightly larger. While Qatar is unlikely to exert pressure on oil prices, it is likely to worsen relations between Iran and Saudi Arabia if Iran allows Qatar to use its Strait of Hormuz routes. If Iran backs out of the OPEC supply quota then it will have a larger impact; both direct and indirect. Iran’s additional output will have an immediate impact on oil prices. But then a lot many nations across Africa and Latin America that are part of the OPEC will also choose to go their own way to expand production as lower production and lower prices is really not making sense for smaller OPEC members. If the OPEC supply quota breaks up then the impact on oil prices will be quite huge as the excess supply could come back to flood the oil market. More than Qatar, it will be their close relations with Iran that could actually spook oil prices. That is the likely impact that we are getting to see at this point of time.

The real impact could be on LNG
What could actually feel an impact is the supply of LNG! Currently, Qatar is a major supplier of LNG to key Asian markets like Japan, China, Korea and India. For the Asia market, Qatar can still use the Straits of Hormuz due to its healthy relations with Iran. The bigger challenge will be handling the demand from Europe, which also looks at Qatar as a key supplier. Since May 26th, Qatar has stopped using the short route to Europe via the Suez Canal. Since Egypt is one of the countries to impose sanctions on Qatar, the LNG tankers are not taking the risk. The decision by Qatar to divert the tankers via South Africa will increase the delivery time to Europe. With most of the LNG tankers on the Asian side, we could have a diverse situation wherein LNG prices are falling in Asia but rising in Europe. LNG could be one area where the Qatar imbroglio could have an impact.

To conclude, the impact on crude oil may not be too much considering that Qatar is a marginal player. But LNG could be the bigger question mark and there is unlikely to be any clarity on this matter in the next few weeks.