What is the latest news on the upcoming JIO IPO 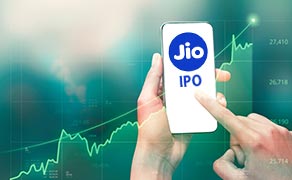 You can find a world of investment opportunities in the stock market today. In fact, many investors who have stayed away from share investing have found the markets to be a lucrative place for wealth creation. Besides the stock market, there are many other ways to invest in shares in the markets, such as through SIPs and mutual funds. In the recent past, another very fruitful way to invest in a solid company’s stock is through its IPO. An initial public offering, an IPO, is issued by a private company when it wishes to go public with its stock. The chairman of Reliance Industries Limited (RIL), Mukesh Ambani, announced the launch of a Reliance Jio IPO, based on reports.

Information on the Jio IPO

If you are awaiting any upcoming IPO from the Jio family, you may have to be patient. According to the latest reports, and as claimed by JP Morgan, Reliance Industries Limited is not likely to announce any IPO launch in 2022. Investors are still expecting this announcement, with heavy optimism, irrespective of contrary reports. Most investors expected the upcoming IPO to be announced in the second half of 2022. Media reports had confirmed the same earlier this year, so it is no wonder that investors are still hopeful. However, the latest report that has come out of investment firm, JP Morgan, stated that business valuations of consumers have stood well, and with a higher than average revenue for each user of Jio telecom, this should stand in good stead moving ahead. All this encourages the investor community of an IPO to come out of the house of Reliance Jio.

In the Words of the Chairman

The stock market today is full of investors who believe in the company, Reliance Jio’s credibility and high levels of success from quarter to quarter of every passing year. Incidentally, Mukesh Ambani, in 2019, had indicated that some of his businesses, one being Reliance Jio, would be listed in the subsequent five years. This was stated at the AGM of 2019. The chairman had reportedly spoken about receiving encouraging interest from financial and strategic investors regarding Reliance Retail and Reliance Jio. There was also a plan to induct some top global partnerships and conduct listings after this.

Many avid investors were very enthusiastic after this, hoping for an announcement of an IPO soon. If you are an investor, and are waiting for the Jio IPO to take a foothold, you can do so easily if the news comes out. You do not have to open a demat account for the same.

Since Mukesh Ambani’s very telling declaration in his 2019 AGM, RIL has managed to raise funds coming from several investors for Reliance Jio. Goldman Sachs, based on a recent report, stated that the retail revenue of RIL has grown by 45% in FY22. There is a significant dominance by RIL in the industry of telecom, and if any upcoming IPO is declared, it will have many takers. You needn’t worry about being prepared for any IPO as you do not have to open a demat account to subscribe. As for knowing about RIL as a corporation, you are already aware of its major success in all segments that it has a presence in.