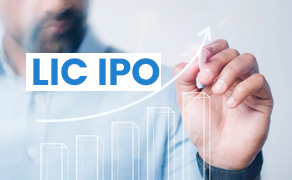 The words “game changer” and “milestone” come to mind while speaking about the LIC IPO, finally due to be out on 2 May for LIC policyholders and staff, and 4 May for retail investors. The issue will close on 9 May. The first, and somewhat vital, factor that makes it stand out from the IPO crowd is the fact of its keen anticipation, and almost anti-climactic delay. This has made it all the more sought-after by all kinds of investors in the Indian marketplace. The hype around this upcoming IPO has been building since its announcement and there are many reasons that set it apart from its counterparts. If you know the reasons, you may make an informed decision to invest in it.

Experts and analysts have boasted that this is one of India’s best ever IPOs to come out, at least, in a long time. Moreover, the financial markets of India are about to go through a change like never before on Indian stock exchanges. The gargantuan insurance company, the Life Insurance Corporation or LIC is all set to offer its IPO. The LIC IPO, it is believed, will alter several things in the capital markets of India. Firstly, LIC is the largest insurer in the nation and stands as the fifth biggest international insurance company. Hence, by investing in this IPO, an investor’s portfolio is likely to change the moment LIC begins trading its shares on exchanges. Investors who are seasoned won’t be able to resist the market leader in insurance, and history tells us that this is often a trend that experienced investors follow.

The LIC IPO has already produced a huge degree of interest in the Indian market space. Not a day has passed without a media report or two since its announcement. The Indian government, the present owner of LIC, will sell 3.5% of its stake in its holdings, making this the third most valuable company in the Indian markets. All this popularity around the IPO has led individuals to open a Demat account, and small and large investors have been prepared for the IPO’s release. Indians are looking for more investment avenues, and this year seems to be increasingly open to more Indian investment with the launch of the LIC IPO.

If you call the LIC IPO the “best IPO’’, and consider it a “gamechanger”, you may not be far from sharing the sentiment of many Indian investors. The IPO is estimated to produce a change in benchmark indices. It may be true that the Life Insurance Corporation of India could be a part of the S&P BSE Sensex as well as the Nifty50 without delay. What this may imply is that another company of a large-cap nature could replace LIC. If this happens, the market will go through a churning as the portfolios of investors adjust to the biggest insurer in India.

In case you wish to invest in the LIC IPO, you have to open a Demat account at the earliest. Then, you must do your homework and read the draft red herring prospectus and make your own judgement. You should know that the LIC IPO will give a discount of Rs. 45 to employees of LIC and retail investors, and a Rs. 60 discount to holders of LIC policies. Additionally, the price band is in the range of Rs. 902-Rs. 949. It's up to you and your requirements whether to invest or not, but doing your homework helps.