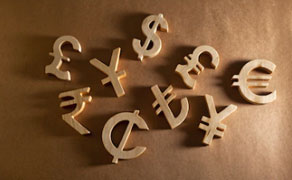 The foreign exchange market has emerged as the largest financial market in the world owing to its accessibility, liquidity, and international nature, among a host of other factors. You can buy and sell currency over the counter to turn a profit, as there exists no physical exchange for such trading, unlike other markets.

Here are the top 10 benefits of forex trading:

The foreign exchange market is truly expansive with traders participating from all parts of the world. The importance of foreign exchange market is evident from the fact that more than $4 trillion are exchanged on an average in the currency market every day. Other factors that make it a lucrative trading place are largely derived from the fact of the market's sheer size.

First-time traders looking to make small investments can easily enter the forex market. One of the many advantages of foreign exchange is that brokers offer a provision of demo accounts. Using these, rookie traders can test their skills in a market simulation before committing to any deals.

Given that the forex market is global, trading can take place almost continuously as long as a market is open somewhere in the world. It operates five days a week, for 24 hours each day. The first major market opens in Australia’s Sydney at 5 pm on Sunday and trading ends when the US’ New York market closes at 5 pm on Friday.

Foreign exchange brokers allow retail traders to borrow against a small amount of capital, thereby offering a chance to open a high position. The amount of money you raise from leverage is generally represented as a ratio. For example, 1:30 would mean that your leverage is 30 times what you actually invested in the market.

Due to the large volume of trading activity that occurs round the clock in the forex market, it is considered the most liquid market in the world. Liquidity refers to the ability of assets to be bought and sold with little effect on their value. In the case of forex markets, liquidity allows you to trade with minimal risk.

Geopolitics, economic stability, policies, natural calamities and trade deals are among a long list of forces that influence the market. A small development in any of these translates into a major shift in the market. This sensitivity of a market is called its volatility. When values of currencies change for the better due to these determinants, they result in major profits. However, if the values are affected adversely, traders can suffer significant losses. Since volatility cannot be avoided altogether, you should go about having strategies to deal with volatile markets.

Unlike the stock market, the foreign exchange market does not have any restrictions on directional trading. Since traders are always either buying or selling a currency according to the state of the market, you can easily go long or sell short depending on your prediction of change in their value. Because of the high liquidity of currencies, brokers do not charge any transaction fees for such trading that are required in stock markets.

There is a large number of participants in the forex market, which is why no single player, but only external factors such as the economy can control prices. This factor reflects the importance of foreign exchange as an investment option on traders’ portfolios. No middlemen exist in this market, and brokers only help connect buyers and sellers.

A small capital sum is enough to start online forex trading, without any major costs of conducting transactions. The cost of transactions largely comprises the broker’s fee, which he earns from spreads. The spread is measured in pips or points in percentage, which is the difference between the ask price and the bid.

Since this market is relatively new, among the advantages of foreign exchange is that its participants have embraced technology willingly. There are plenty of software and mobile applications that facilitate trade in real-time from around the world.

There are several benefits of forex trading as it is more dynamic and egalitarian than other markets. For a trader with skill and experience, investing in the foreign exchange market can be a rewarding practice.