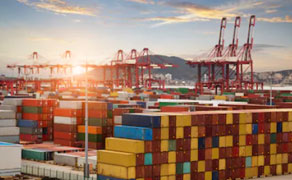 In case of most agricultural commodities it is demand and supply factors that are most important. Normally a spurt in demand (like commodity demand from China) or a sudden shortage in supply can cause agri commodity prices to rise.

Currency variations are another important factor that influences the price of commodities. Since most of the commodities are denominated in US dollars, the value of the dollar index has an inordinate influence on commodity prices. Gold and oil for example.

US and global data flows matter a lot. The macro data flows in the form of the Fed rate action, the jobs data, the production data, the PMI data for manufacturing and services, the stance of the central banks of nations all make an impact on commodity prices.

Certain commodities are influenced by bulk demand and supply. For example all industrial metal prices are impacted by Chinese demand which accounts for 50% of consumption. Similarly, OPEC actions and US inventory makes a difference to the price of crude oil.

1.  Cautious to negative on MCX Crude..
MCX Crude could come under pressure as the OPEC finds it increasingly difficult to influence the prices. Despite Russia also joining the OPEC consortium on supply cuts, the US appears to have a few distinct advantages with respect to expanding supply. Firstly, the US has already increased its crude supply by 1.20 million barrels per day (bpd). The US is also sitting on a massive inventory of crude reserves and the world is gradually running out of floating storage. That could also put a cap on prices. Thirdly, Trump has already withdrawn from the Paris Climate Agreement and that opens the doors for the US to undertake a substantial expansion of its shale capacity. Remember, the shale breakeven has come down sharply closer to the $45-50/bbl range. With US taking over the role of “Swing Producer” from Saudi Arabia, The price of crude oil fluctuates and it may face further pressure.

2.  MCX Gold could gain on the uncertainty factor..
The World Gold Council (WGC) has estimated that the gold demand in the year 2017 may not be substantially higher than in 2016. While India and China remain the world’s largest consumers of gold, it will not be consumption demand that will drive the prices of gold. The withdrawal of Trump from the Paris Accord, America’s inward looking policy, the differences Germany and the US, tensions in North Korea and a volatile Middle East will all conspire to generate safe-haven demand for gold. With central banks like the Federal Reserve, ECB and the Bank of Japan substantially diluting the value of their currencies by printing money, gold may emerge as a non-fiat store of value. Gold will see a lot more demand and price appreciation in the coming weeks.

3.  MCX Copper – Use any bounces to sell..
Copper has a weak outlook but considering that the metal has corrected for almost a couple of weeks in succession, it will be better to wait for a bounce before selling copper. The planned US investment in infrastructure, which was expected to touch $1 trillion, has not even started. This is creating doubts in the minds of copper traders. Secondly, China was recent downgraded by Moody’s and that will mean further crackdown on the shadow banking industry in China. It needs no reiteration that China accounts for more than half of copper demand in the world and a tepid Chinese economy will reduce the demand for copper. Prices of copper will be under pressure but it is better to wait for bounces before selling copper.

4.  Short term negative on MCX Zinc..
Zinc supply had been subdued due to many zinc mines and smelters in the Hunan Province of China were shut due to environmental inspection. With the inspections getting completed, the supply from these mines has started flooding the market leading to pressure on prices. This is likely to continue in the near future. Also the strong dollar will weigh on the price of MCX Zinc. Since the price of Zinc has a negative relationship with the dollar index, the US Fed hiking rates in its June meet will strengthen the dollar and weaken the Zinc prices. We are short term negative on MCX Zinc..

5.  Long Trade on NCDEX Jeera on supply shortfall..
India is the world’s largest producer of Jeera (Cumin) accounting for over 70% of the supply of Jeera in the world. There are other producers like Syria and Turkey who are relatively much smaller. The jeera output this year is likely to be around 2.5 lakh tonnes against an estimated production of 4-5 lakh tonnes. Despite higher prices, exports will be buoyant as there are no alternatives. In fact India saw a 30% rise in export and that trend looks likely to continue. The gains in open interest also indicate that the prices could be headed up.

These are some of the key trading ideas for commodities. Of course, traders are required to consult their financial advisors / brokers before taking any long / short trading decision on these ideas.