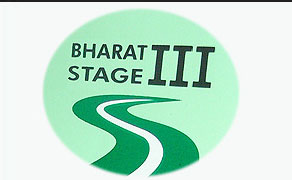 How big was the impact of the ban on BS-III inventory holders..
According to CRISIL estimates, the approximate impact of BS-III ban on Indian auto companies may be to the tune of Rs.3000 crore. This will be due to the discounts that auto companies have offered to clear their BS-III inventories before April 01st. Companies like Bajaj Auto and Honda Motors had managed to clear most of their BS-III inventory well in advance and had little to worry about. Among the car manufacturers, there was very little by way of BS-III inventory and hence companies like Maruti and Hyundai were not really impacted. The impact was largely on the two wheeler companies; predominantly on Hero Moto, which was sitting on a massive inventory of BS-III vehicles. Within the commercial vehicles space, the inventories were fairly large with Tata Motors and Ashok Leyland.

Let us look at some hard numbers! According to data put out by the Society of Indian Auto Manufacturers (SIAM), the total unsold inventory of vehicles on the date of the Supreme Court Order was roughly 900,000 vehicles. In terms of numbers nearly 720,000 vehicles were accounted for by two-wheelers while another 100,000 were accounted for by commercial vehicles (CVs). The balance was accounted for by passenger cars and three-wheelers. Obviously, the numerical impact was likely to be much bigger on the two-wheeler segment whereas the value impact was much bigger on the commercial vehicles segment.

Impact on Two Wheeler manufacturers..
Among the 3 large two wheeler manufacturers viz. Hero Moto, Honda Motors and Bajaj Auto, the worst hit was Hero Moto as it accounted for over 55-60% of the unsold inventory of two-wheelers. Although distress discounts on two-wheelers were muted at below 15%, it would still account for losses of around Rs.500-550 crore. Out of this number, nearly 55-60% of the total distress sale loss amounting to Rs.320 crore.

If one looks at the fourth quarter results of Hero Moto, the hit from BS-III discounts alone is estimated in the range of Rs.90-100 crore. This has resulted in under performance in this quarter and has also resulted in a rating downgrade by many foreign brokerages. Considering the overall potential loss on the BS-III inventory, it looks like Hero Moto will have to provide for loss impairment for a few more quarters to completely nullify the impact of BS-III shift. The company has also hiked the prices of its vehicles by 3-5% to partially offset the SC order impact.

Impact on Commercial Vehicles (CV) manufacturers..
The impact on the CV makers will be largely concentrated on Tata Motors and Ashok Leyland, two of India’s largest manufacturers of CVs. The number of CVs in the BS-III inventory was estimated to be 100,000. That would have resulted in a total loss of Rs.2600 crore for the CV makers. Out of this, half would have been towards discounts and the other half would have been towards actual disposal costs. The impact on the EBITDA of these 2 companies was estimated to be in the range of 2-2.5%.

What exactly did auto manufacturers do with the inventory?
Firstly, there was a huge rush to dispose the BS-III inventory and while actual discount percentages are not available, it is estimated that discounts to the tune of 10-15% were offered in most cases. The second method was to continue to export these vehicles after April 01st since selling in the Indian market would not be possible. The two wheeler exports market is dominated by Bajaj Auto followed by TVS Motors and Honda with Hero in the fourth position. In fact, the annual exports of Hero Moto are about 1/7th that of Bajaj Auto. Thus the export option may be a limited option for Hero Moto. There is the third option of upgrading BS-III vehicles to BS-IV vehicles. As a solution; that is considered to be economically ineffective and hence is not popularly used.

The bottom-line is that the impact of BS-III inventory is clearly visible in case of Hero Moto and the results of Tata Motors and ALL may give further evidence. One only hopes that the impact does not extend beyond the next few quarters!