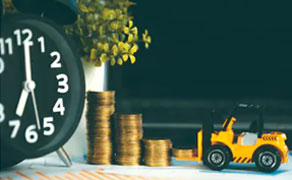 Let us first understand the meaning of OTC market and exchange regulated markets. And then you would be learning the varied differences between the two.

The full form for OTC is Over-the-Counter. OTC market deals with equities, shares and derivatives. The transaction starts during the opening hours of the Trade market, while the transaction necessarily needs to be squared up, at the close of market hours. Trade markets open at 10 am in the morning and close at 4 pm.

Now we are going to have a look at the varied differences between Exchange trading and OTC trading, one by one:

Centralization
Exchange regulated markets are centralized. Here, a single party mediates and thereby connects buyers with the sellers. All the transactions are therefore completed through a centralized source. On the other hand, Over the Counter trading is completely de-centralized. In other words, several mediators compete with one another, in order to link buyers with their respective sellers. There is a major advantage with the way de-centralized markets operate. Since many brokers are involved in connecting stakeholders with buying and selling shares or stocks, the intermediary costs involved are as low as possible.

Standardized transactions
In a regulated exchange market, all the transactions are standardized. In other words, The SEBI or the Stock Exchange Board of India acts as the guarantor for all transactions. In an OTC, there is no specific guarantee or agreement and the contracts are customized as per the requirement. Hence, the level of risk increases manifold in an OTC market.

Level of counter-party risk that is involved
When you buy or sell something through OTC market and via a private transaction, you are generally not assured of getting, what you had ideally bargained for. The other party may also not be able to deliver the desired stock, bond or any other security within the stipulated time frame. You may get a different share or bond from what you had asked for; and, this risk is broadly referred to as a counter-party risk.

On the other hand, commodities trading in a regulated exchange market are governed by the Securities Exchange Board of India or SEBI. Hence, the question of a counter-party risk barely arises. Investors purchase securities governed by an exchange board with a higher level of confidence and are ready to pay more for such stocks. It is therefore imperative that businesses are better off selling securities via a defined exchange center rather than through a private transaction. You can take a short-term online course based on ‘How are currencies traded in a Forex Market’ to get a better insight into it.

Visibility
An exchange market is more of an open market. Here the prices of currencies, start date, expiration date and parties involved are clearly transparent or rather highly visible. On the other hand, in an OTC market, all terms and conditions involved with a transaction are held within counter parties only. There are multiple brokers involved, with regard to stocks or shares. You can refer blogs on ‘How are currencies traded in a Forex Market, to get a better idea on how the regulated markets operate.

Know which parties are involved
In a regulated exchange market, it is the governing body that is the counter party to all transactions which are traded within the domain. While in a de-centralized or rather OTC market, there are several brokers or mediators facilitating buying and selling of equities or shares. Though the competition is high, the transaction costs are relatively lower in an OTC market.

We have thus seen the meaning and definition of Exchange markets and OTC markets. We have also learnt the core differences between the two of them. You need to trade wisely in order to make good money either in the trading market or currency market. You cannot make money depending on luck or by chance, and there is no short-cut route to success, whatsoever!