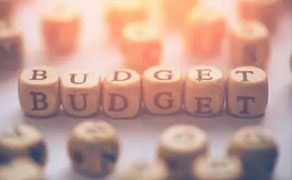 Budget expectations on disinvestment program
The Union Budget 2019 will be unique in a number of ways. Normally, the election year budgets are presented in the form of a vote-on-account to get approval for requisite expenses ahead of the General Elections. However, this time it will be presented as an Interim Budget and not as a vote-on-account. The budget may not propose any drastic changes but will try to use this budget as a preamble assuming that the NDA comes back to power in 2019. Hence the interim budget could be structured as a people friendly budget and also as a rural friendly budget so as to woo voters. That could be a very broad theme. While the disinvestment program is the key to budge revenues, let us first understand the background to this divestment debate.

Bettered in 2017-18 but could fall short this year

Key expectations from Budget 2019 for disinvestments

While the full year divestment target will be announced on February in the interim budget, most economist are expecting the target to be same as last year at Rs.80,000 crore. We see the following key announcements in the Union Budget.

We see the Union Budget 2019-20 relying less on minority stake sale and more on other forms of divestments. The government has been talking about the strategic sale of Air India over the last 2 budgets but with little success. That may be the focus in this budget.

While the government may retail its overall target of Rs.80,000 crore, we expect a granular break up of this target into specific sub segments. For example, we could have strategic sale, asset sales, monetization of tangible assets, monetization of intangible assets, lease and sale back arrangements to make the PSUs asset light and give them a better ROE, strategic mergers, creating silos within the PSU business to ring-fence good assets etc. We expect much greater clarity in this budget on these strategic areas.

The issue of selling Air India has been on the priority list. We could see a number of innovative options for Air India stake sale. One idea which could gain currency is the consortium arrangement. For example, some very successful businesses have been run as a consortium. Airbus Industrie, Europe’s vital aerospace company is a consortium of four European companies. The flagship airline of the Scandinavian region, SAS, is also a consortium. The government may look to convert Air India into a regional consortium with strategy stake sale to select companies and retaining part of the stake with the government.

Some of the lesser known companies could come up for divestment. Normally, minority stake sale has meant the typical market leaders like ONGC, HPCL, NTPC, Coal India etc. Instead, the government could go in for lesser known names like Railtel, IRCTC, Telecommunication Consultants, National Seeds Corporation etc. We may get to see fresh supply of PSU paper in the market.

Many of the PSU businesses operate based on classifications that are not relevant any longer. For example instead of keeping oil extraction, refining, distribution and gas business separate, the government may look to consolidate all these segments into just 2 or 3 companies. For example, in the US Exxon and Chevron dominate while in the UK it is Shell and British Petroleum. That is the kind of integrated classification that the government could look. It could also make selling stake easier and end up extracting more value from the company.

Apart from the strategic restructuring in sectors like power and oil, the government may also look to merge the general insurance companies to help them gain the benefits of scale and national presence at lower costs. One can expect similar announcements in the case of banking also.

That could be the broad thrust of the Union Budget as far as dis investments are concerned. We expect the government to go with a Plan A and Plan B interim budget. The common thing between Plan A and Plan B will be that in both the cases, the benefits to the public at large will be front ended. It is an election year, after all!