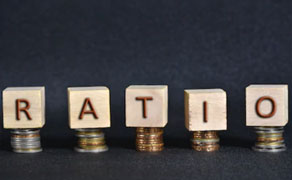 When it comes to financial ratios there is nothing like the most appropriate measure. Each ratio has its own merits and demerits. Two such popular ratios are the Return on Equity (ROE) and the Return on Capital Employed (ROCE). While the former is useful from the equity shareholders point of view, the latter is meaningful from the company capital allocation point of view. Let us first understand this ROE vs ROCE debate. When you consider return on capital versus return on capital employed, which is a better metrics for evaluating a company? Which is better ROE or ROCE? Like in the case of Alice in Wonderland, the answer is that "It depends". In fact, it will depend on a variety of factors. Let us first look at the application of ROE and ROCE in detail..

Return on Equity (ROE) is one of the most popular measures of the return earned by shareholders. When you put money into an investment, you are interested to know how much your investment is earning. When the company makes a profit, the company pays dividends to shareholders out of that. The profit left after paying of dividends is added to the net worth of the company. ROE is important as it tells investors that the money that is being ploughed back into the company is still earning a healthy return. There are two ways in which the company treats its profits. Firstly, it pays out dividends to shareholders, which is equivalent to partially extinguishing the wealth of the company. The second method is to plough back the funds for internal use. If a company ploughs back profits rather than paying out as dividends, it needs to justify this decision with an attractive ROE.

ROE is highly vulnerable to the capital requirements and the capital asset intensiveness of the business. For example, telecom and oil are very capital intensive and hence tend to have relatively low ROEs. On the other hand, Information Technology and FMCG are less capital intensive and have a higher ROE. Normally P/E ratios used to value stocks are positive related to ROE. Sectors with higher ROEs tend to have higher P/E ratios. That is precisely the reason why most FMCG companies in India enjoy higher valuations compared to asset intensive businesses like oil extraction, metals, telecom etc. Typically high ROE companies are those companies that are asset-light and having very low levels of debt.

To understand the concept of ROCE, you first need to understand what ROE is not. ROE looks at returns from the point of view of only the equity shareholders. But there are other stakeholders also in the company like lenders, debenture holders, bond holders etc. We need to know what the company is earning for its stake holders. You can argue that these stakeholders get interest. That is fine but how do I decide whether I should by a company’s debt or not. That is done by evaluating the company’s ROCE.

ROCE is the ratio of the operating profits of a company to its total capital employed. What do we understand by operating profits? It is profit before interest and tax but after depreciation. You can argue that depreciation is not a cost but then it is the tax shield from depreciation that will be used to replenish your assets. To that extent it is an operating expense. When we talk of capital employed, we refer to equity and long term debt. There are two ways to look at capital employed. Firstly, capital employed can be looked as long term sources of funds (equity + free reserves + long term borrowings). Alternative, it can also be looked as the total assets to the extent they are not funded by current liabilities (total assets – current liabilities). ROCE can be represented as under:

While the numerator represents the operating profits of the company, the denominator represents the long term capital in the form of equity and debt. How to interpret the ROCE with reference to the ROE? Let us look at an interesting case. If Company A has an ROE of 27% and ROCE of 32%, how do we interpret these numbers?
There are two arguments surrounding these numbers. Firstly, ROCE being more than ROE is considered positive as it implies that the company has made intelligent use of debt to reduce its overall cost of capital and enhance its returns. But there is also a negative side to this argument. When ROCE is more than ROE for any company, it essentially implies that the debt holders are earning higher returns than the equity shareholders of the company. So, it probably makes more sense for you to own bonds of the company rather than owning shares of the company. That is why Warren Buffett says that he prefers companies where the ROE and the ROCE is approximately equal and the figure is above 20%. That probably is the best answer to the question as to which is a better measure of return, ROE or ROCE?
The bottom-line is that ROE is more useful from a shareholder point of view and from the point of view of determining the trajectory of the P/E Ratio. But ROCE is more useful if you look at the business as a whole!