What is the advantage of trading cross currency swaps 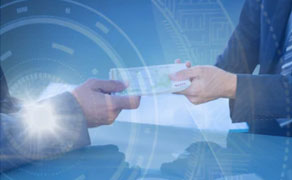 A swap refers to an exchange. A cross currency swap refers to exchanging flows in one currency with flows in another currency. For example, a Japanese company may find it easy to get a Japanese Yen loan from a large bank in Japan. At the same time, an American bank may be in a much better position to get a dollar loan in the United States. Assume that the Japanese company wants a dollar loan while the American wants a Yen loan. What can they do in these circumstances? They can do a currency swap.

How do cross-currency swaps work? In the above case, the Japanese company borrows in Yen from the Japanese bank at very attractive terms while the American company borrows dollar loan from the US bank at very attractive terms. Then the US company and the Japanese company swap their loans by executing a swap agreement in the over the counter (OTC) market. Such complex deals are done in the OTC market because it has to be structured to very specific needs. Both the companies get funding in the currency of their choice at a much lower cost. The advantage of cross currency swaps is that they are off-balance sheet items and hence do not impact your balance sheet ratios. There is also an active market for trading cross currency swaps.

Assume that the importer of machinery has a payable to his vendor to the tune of $1 million. Currently, the exchange rate is 65/$ and he is comfortable servicing the $1 million at that price. However, there is a risk if the rupee depreciates. That means; the importer will have to pay more in rupee terms for the same $1 million. How can he use currency futures here? He can buy a simple USDINR contract equivalent to $1 million exposure. A single lot of USDINR contracts is worth $1000, so he will have to buy 1000 contracts of USDINR contracts to ensure that his risk is fully hedged. On the day of import commitment, what if the INR has appreciated to Rs.70/$. In this case, he will have a loss of Rs.5 when he is paying $1 million to the vendor. However, he will gain an equivalent amount on his USDINR futures contract and his risk is fully hedged.

What if he were an exporter and not an importer?

If he were an exporter, then he will need to protect himself against a depreciating dollar. An exporter benefits if the dollar strengthens. Hence, unlike the importer in the above case, the exporter will actually sell the USDINR futures to hedge his risk. If the dollar weakens then he loses on his export position. But since he also short on the USDINR futures, that compensates for the loss. That is how exporters can also benefit from using USDINR futures.

What about multiple exposures to different currencies

In the above instance we saw the case of an importer and an exporter separately. What if they were both combined into one. For example, there is a businessman in India who is importing from the US and is processing and exporting the final output to Germany. That means he is importing from a dollar region and selling to the Euro region. His worry is not only about how the INR moves with these currencies but also how the Euro and the USD move against each other. That is where cross currency derivatives come in handy. In the above case, the business man wants to protect against a strengthening dollar and also against a weakening Euro. The answer would be a cross currency derivative (USDEUR). By taking position in a cross currency derivative as above, he can manage his dollar exposure and his Euro exposure through a single contract.

How to trade cross currency derivatives

You can take positions through cross currency futures or through options. Futures are linear products and hence the profits and the losses can be unlimited in the transaction. On the other hand, the option is a non-linear position with asymmetric pay-off. You can pay a small premium and take positions in options. If the movement is favourable you can exercise the option, else you can just let the option expire. All you lose is the premium paid.

Effectively, cross currency futures and options can help you reduce your exposure to multiple currencies at the lowest possible cost. That is why it matters.