Open an Account
Which Currencies Have a Greater Value than the US Dollar and Why?

Which Currencies Have a Greater Value than the US Dollar and Why? 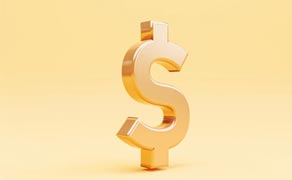 Used as a solid base to trade with most international currencies, the U.S. dollar (USD) is among one of the most valued currencies globally. The only rival that is close to the USD is the euro, in terms of the international market space. Nonetheless, having said this, the euro to dollar rate has been fluctuating in the past few years.

If you are an active investor and participate in the share market today, you may want to spread your wings to the world of Forex trading to diversify your portfolio. However, whatever your financial goals may be as an ardent investor, it is worth knowing about the strength of the USD, and other currencies that may just be stronger, relative to the steady USD.

The U.S. dollar is considered the world over as the currency that offers the most with regard to stability. It is a strong currency. Used as a reserve currency for international finance and trade, sentiment and its widespread utility has made it solid and bankable. The share market today may be a volatile place to invest all your wealth in. Nonetheless,  the USD is regarded as a secure investment and you will discover that many Indians are in the habit of hoarding it, just like they hoard gold. You may invest in stocks today and open a demat account for the same, but you can think of currency trading to widen the scope of your investment.

Given the fact that the USD is viewed as reliable, there are currencies of some nations that forge ahead of the USD. This implies that a unit of the foreign currency is worth more than $1. However, just because another currency is more valuable than the USD, does not imply that the foreign economy is stronger or larger. You must remember that rates of exchange are fixed due to a range of factors, which includes the quantity of cash in circulation. Let’s have a look at currency rates that surpass the value of the USD as of May, 2022.

As far as May 2022, the Euro equaled 1.07 USD, which still meant that the Euro was stronger, but by barely a bit. Today, in July 2022, 1 Euro = 1.01 USD, meaning that the USD is catching up. The Euro, in the long run, remains strong as it is set by policies of the European Central Bank. This body sets policies for the whole Eurozone. As it is an independent entity, it is not bound by any government. Therefore, this maintains the Euro’s strength overall. In India, you can trade in the Euro with the base as the Indian Rupee, so why not have a go at Forex online trading after doing some due research?

The KYD or the Cayman Islands dollar was fixed through a peg in 1970, with 1 KYD = 1.20 USD. The exchange rate is close to that now, but setting a peg doesn’t mean that a currency is necessarily worth more. A peg is challenging to maintain when the local economy faces a downturn while America raises rates of interest. However, the Cayman Islands is a tax haven and this goes a long way in supporting its currency.

Maybe you have a grip on your investments and would rather rely on any upcoming IPO to allocate your wealth to than to currency markets. However, if you are successful in Forex trading, your returns may amount to a lot more than stocks. The GBP or British Pound has stayed its ground as a robust currency as the Bank of England which issues it has remained in the know of economic developments globally. Keeping up active pace with international economies has kept the value of the pound always higher than the USD. Historically, this has always been the case, except for an interim period in the 1980s. With Forex online trading becoming accessible in all corners of the word, there are many international traders who actively participate in trading and investing in the GBP. As of May 2022, 1 GBP was equal to 1.25 USD.

The BHD or the Bahraini dinar outshines the Omani rial against the USD when it comes to its high value. Since 2011, this has been the case and as of May 2022, 1 BHD = 2.65 USD. Even with oil prices declining, Bahrain has managed to keep inflation moderately stable and hence, kept its currency high.

With 1 KWD (Kuwaiti dinar) = 3.26 USD, the Kuwaiti dinar has outshone every other world currency. This is more or less the world’s most valuable currency, and it has never relied on a peg. It is a free-floating currency, and if you earn in this currency, you can probably ditch the share market today as an investment channel! However, jokes aside, the KWD has remained a strong contender in currency markets due to its substantial production of oil mainly. This has only augmented the nation’s wealth and its currency value. Over time, the Kuwait Investment Authority has accumulated surplus wealth with a “sovereign wealth fund”, keeping the country prosperous through good times and bad.

You can easily open a demat account and trade in stocks today. This is a convenient investment avenue for many investors around the world. Alternatively, or with your stock investment going, you may come across an appealing upcoming IPO to invest in. However, the currency markets may not be that easy to trade in at first, and many Indians keep away as they lack knowledge. Still, if you do a fair bit of study, you can venture into this very lucrative form of investment.

Plainly speaking, the exchange rate in countries with a free-floating currency is normally impacted by the nation’s economic structure. Although exchange rates keep changing due to a variety of external factors too, the value of any currency depends on the consistency of the country’s government to remain steady and strong. Since it is the U.S. dollar that makes up most of the world’s reserves of currency, it stands to be the most valued, in this sense, and consequently, has global acceptance and presence.