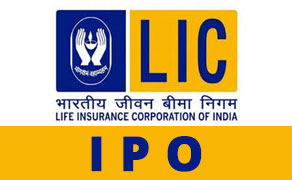 The government has moved one step ahead in the proposed public offer of the country’s biggest insurer -- Life Insurance Corporation of India (LIC). During the FY 2021-22 budget accouchement, the finance minister made clear the intention to sell a part of its holding in LIC through an initial public offering (IPO). To understand what impact this decision will have on the common man, let's first understand the company profile a bit better.

The parliament of India passed the Life Insurance of India Act in June 1956. This led to the creation of LIC, which began operations in September of the same year. LIC was formed after consolidating 245 private insurance companies and other business entities that offered life insurance services.

What sets LIC apart from other Insurers?

·       It is the only insurer which offers a sovereign guarantee. This means that at any given time, the policyholder’s funds are completely secure.

·       Due to the guaranteed returns, LIC premiums are generally higher than their private sector counterparts.

What will be the Consequence of the LIC IPO?

·       The government is expecting over ₹80,000 crore from the sale of an undisclosed stake in LIC IPO.

·       Listing of companies on stock exchanges disciplines a company and provides access to the financial market and unlocks its value.

·       It also gives an opportunity for retail investors to participate in the wealth creation process.

·       IT will bring in a great deal of transparency to investors. At present the endowment policyholders’ visibility is limited to annual declared bonuses.

·       Public listing of LIC will lead to more disclosures of investment and loan portfolios and better governance, along with greater accountability.

·       LIC will come under SEBI and will be mandated to comply with requirements meant for other listed firms.

·       Such compliance is likely to strengthen its overall corporate governance, financial and investment discipline.

The process that was slowed down due to the pandemic has now kick-started in full swing. The government has finalized Deloitte as the pre-initial public offer (IPO) transaction advisors. The government has announced the IPO to be launched in the second half of FY 2021 and is expected to not sell more than 10% of its stake. In the event of a sale, the IPO size can be expected to range between Rs 80,000 to 1 lakh crore.

Related Blogs:  LIC IPO - What You Should Know Before The Launch | LIC IPO - How to apply for LIC IPO with Motilal Oswal | Upcoming LIC IPO | What's the big deal about IPOs? | 7 factors that can contribute to a successful IPO | IPO in India- The future looks bright