Benefits of going cashless in India 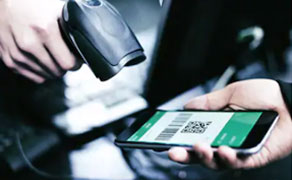 The whole country is witnessing the effects of demonetization and with our Prime Minister hinting at a cashless economy, many people are left in confusion. How would a cashless economy be beneficial is the question of many.

The cashless transfer is soon becoming the most preferred option and there are a number of benefits of going cashless. The digital or electronic transaction of the capital by using net banking, credit cards etc. is called cashless transfer. People can easily pay their bills online, shop and schedule transactions and manage all the finances using their laptops or smartphones.

Going cashless not only eases one’s life but also helps authenticate and formalize the transactions that are done. This helps to curb corruption and the flow of black money which results in an increase of economic growth. The expenditure incurred in printing and transportation of currency notes is reduced. In a nation like India, cashless transactions are not widespread, and this is due to the technology gap and the lack of proper education. Though these are the matters of concern, the government or the financial institutes need to address them to create a strong cashless economy.

Let us now have a look at the benefits of the cashless economy in detail.

Companies and governments will get efficient and they can reduce costs as they no longer need the manual accounting work to be done. The costs associated with accounting and handling cash is very high.

Business and individuals can also avoid other costs as well. Theft often leaves a big hole in one’s pocket. The risk of theft will continue until people carry cash and by going cashless the same can be reduced. This also leaves an impact on the government as they can then reduce the costs that the government spends on nabbing the culprits. In countries like the US, burglary and assault have dropped by about 10% once the government shifted the payment made for social welfare to electronic transfer. The government, however, has to take measures to curb the online scam and identity theft incidents.

Production Costs of Coins and Paper Currency are Reduced

Production of coins and paper currency is indeed an expensive endeavour and the life span of most of the paper currencies is about 6 years. So, by going electronic the cost of production gets reduced.

The government can use the data coming from the cashless transactions to improve and analyse their policies. By using such data, officials can predict or identify the patterns of activity and use such information for urban planning for sectors like energy management, housing, and transportation.

When a nation is taking a step towards a cashless economy, a boost in the economic growth can be expected. In countries like US higher card usage has contributed a consumption of about US$296 billion globally from the year 2011 to 2015 which is a 0.1% increase in the GDP. Shopping online gets easy as one can use a number of payment options; from credit and debit cards to net banking. One can observe more spontaneous buying while making cashless payments.

Countries like Singapore have also witnessed a growth of 0.1 % in GDP which accounts to about S$400 million per annum. As people spend more, companies need extra staff to handle the demand for goods and services and this, in turn, creates more jobs for unemployed.

In addition to this, going cashless also has health benefits. With physical currency, the chance of spreading of germs is more. Reducing the amount of use of paper currency will reduce the germ transmission.

The government also needs to take the necessary steps and make some policy considerations when they are preparing for a cashless economy. The payment systems have to be protected from the cyber-attacks which are the major threat for cashless transactions. Also, the government should be able to serve the underbanked as well. Everyone from the society should have access to an electronic system that they can use for such transactions.
As a conclusion, it can be said that going cashless provides a lot more benefits than just convenience to people, businesses and the government in particular.