New demat accounts jump to a record high in FY21 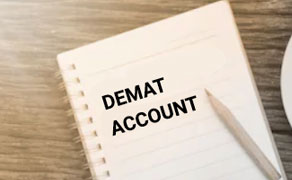 Although the COVID-19 pandemic wreaked havoc and directly led to a market crash in early 2020, retail participation in the Indian stock market saw a huge uptick. More and more individuals were seemingly turning towards stock trading, with the number of new demat and trading accounts witnessing meteoric growth.

The month of January, 2021 alone contributed to around 1.7 million new demat accounts. Thanks to this rapid growth, India’s total demat account tally has grown to 51.5 million.

There are plenty of reasons for this sudden and massive increase in new account openings. One of them can be attributed to the increase in free time that many individuals had due to the string of nationwide lockdowns imposed during the first half of FY21. This extra time turned out to  be the impetus that people needed to read about and get involved in stock trading.

Another major reason seems to be the lack of employment and income sources, which again bore out of the lockdowns. This led to people exploring alternative sources of income, guiding them straight towards the stock market.

And finally, with more and more broking firms adopting paperless online processes for opening demat and trading accounts, it has made access to the stock market far easier and smoother.

With the way the retail investor population seems to increase, the growth is likely to sustain even in the new financial year as well. The number of new demat accounts being opened continued to rise even after all of the lockdown restrictions were lifted and businesses started to operate normally. This behavior is clearly indicative of how the new financial year is going to pan out.

Open your very own online broking account and be a part of the ever-growing retail investor population. Get in touch with Motilal Oswal right now to start your stock market investment journey.