The 10 Stock Market Movies You Must Watch 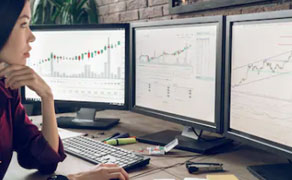 A picture says a thousand words, and similarly, a movie can tell a whole story in a single scene or even a dialogue. There is so much to learn from the media we have access to in these modern times. Even when it comes to topics like the economy, stock market, trading, countless acclaimed movies have been made based on them in the past few decades.

For the best finance movies, you must turn your attention to Hollywood, but that doesn’t mean that Bollywood and Hindi films are far behind. Most award-winning movies come out of the Hollywood box with stellar star casts that can give you your ticket price worth many times over. Furthermore, these movies are made from realistic and true events and this makes them even more appealing, as long as you don’t go out there and try some of the negative aspects shown!

Here is a list of some of the best stock market movies in Hindi and English for anyone who is wondering how to make a career in the stock market.

This Hollywood blockbuster garnered acclaim for its portrayal of a Wall Street stockbroker, Belfort's life and career. The movie follows Belfort’s trajectory as he goes from an entry level job to huge losses due to Black Monday, to a pump and dump penny stocks scheme, to opening his new firm which gets investigated by the US SEC and the FBI. It covers the finance world and its corrupt underbelly and is arguably one of the best stock market movies. To date, The Wolf of Wall Street is unanimously one of the best films from the Hollywood screen library, starring the very talented Leonardo DiCaprio in one of his most convincing roles. Directed by the equally renowned Martin Scorsese, the movie brings home the reality of the ups and downs of Wall Street and how circumstances can change drastically for even a “wolf”. The movie market boomed with this grosser as it scored $392 million at the box office.

A thriller-drama movie, Bazaar is based on a stock trader’s life. Hired for his trading skills, Rizwan gets entangled in insider trading and corrupt networks. As a stock market-related movie, it provides a good look at what it takes to actually work in the field.

As far as share market movies in Hindi go, Bazaar comes close to the realities that many traders may experience in their trading journeys. The movie is aptly set against the three things that can make or break you in the stock market today: money, power and business. Although this was one of the first major movies dealing with a new subject in Hindi cinema, it received a cool response. Audiences, while admitting that the plot was good, critiqued the screenplay as being too predictable.

The Big Short is based on the real-life event of the 2008 financial crash and follows three separate stories: Michael Burry’s successful fund venture, Jared Venett’s entry into the CDS market and how Geller and Shipley make a massive profit off of shorting. Its is a great stock market film and whilst it focuses primarily on debt securities, it covers a lot of important trading concepts and gives viewers an idea of the impact of unpredictable events too.

Starring Christian Bale, Steve Carell, Ryan Gosling and Brad Pitt, the Big Short was not short on rave reviews for its authentic depiction of the pitfalls of the stock market. Noted mostly for the unconventional methods it uses to explain certain financial instruments, the movie is remembered for its financial acumen and notable performances, especially that of Christian Bale. Even today, it is regarded as even better than any new-age stock market web series on the big screen.

Inspired by a real-life scam by Harshad Mehta in 1992, the movie follows a middle-class man’s journey as he tries his luck in the stock market and gets caught up in a crime.

This is the story of a very ordinary man living an ordinary life. However, he finds his way into the stock market by chance and the movie is shown through his eyes and experiences. He has big dreams, which he pursues and even achieves some success. Nonetheless, the greed factor takes over and he finds himself in the midst of a scam that he is trapped in.

A lighter watch, Trading Places is a comedy stock market film that revolves around a con artist and commodity broker whose places are traded for the sake of a bet, and their revenge plan on the two millionaires who placed the bet. In the years from the time it was released, Trading Places has still been evaluated both in a positive and in a negative way. It addresses the real bane of insider trading and yet, comes with a deep moral message. This is a classic in terms of finance movies, and if you want a light-hearted take on the accumulation of wealth, this is the film to see.

Wall Street is a movie about a junior stockbroker who leverages indeed information to gain a promotion and gets involved in stock price manipulation and insider trading, all while trying to avoid getting caught by the authorities. Interestingly, the sequel, Wall Street: Money Never Sleeps released in 2010, and with one of the prime characters, Gordon Gekko out of jail, the plot continues with a reformed man who wishes to better himself and learn from his financial mistakes of the past. With Oliver Stone directing an ensemble cast led by Michael Douglas, the film was a box office hit.

After a man named Budwell loses his entire savings due to the advice of a financial expert on a TV show, he goes after the expert and his crew and takes them hostage to get answers about the fall of the stock. The movie drives home the message that it is unwise to blindly trust so-called market experts and is a good stock market movie to watch.

A five-part documentary revolving around the 2008 crisis, it examines the banking practices as well as policies that led up to the event. Widely acclaimed, this documentary provides insight into the real-world causes and consequences of such a disastrous event. Even though this was not a traditional movie, it is regarded as one of the best in the movie market yet.

Too Big To Fail is another movie about the 2008 financial crisis that focuses on the importance of the stability of financial institutions and how dangerous their downfall could be for the entire economy.

This movie is based on a true story about a successful derivatives trader who took one too many risks, resulting in the destruction of the bank he worked at. This movie can help viewers understand the working and significance of derivatives contracts.

Real-life and art continue to take inspiration from each other. While a lot of these stock market movies do cover topics like corruption and crime, they still teach us a lot of important details about the market. You can combine education and entertainment by watching these incredible films that can provide some insight into the working of the global markets. For prospective investors, you can open a broking account online today and get started on your journey in the world of finance.