What do we understand by deleveraging of balance sheets? 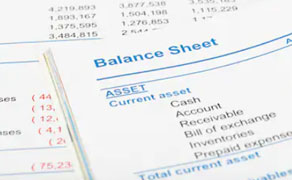 One thing that emerges clearly from the above illustration is that the company needs to be urgently deleveraged. With a share capital of Rs.9 crore and long term debt of Rs.28 crore, the debt / equity ratio is in excess of 3:1. Assets are shown at book value. Let assume that investments worth Rs.5 crore in the balance sheet can now be sold at Rs.10 crore. As part of the deleveraging process, the company can use the investment value to reduce its debt by Rs.10 crore, which is the market value of the investments. How will the new balance sheet look like?

Now if you look at the balance sheet above, the debt / equity ratio has sharply come down from 3.11:1 to 1.28:1. This improvement in the financial risk of the company has been made possible by deleveraging. Remember, that leverage is a source of financial risk and when you reduce leverage the leverage, it automatically improves the valuations.

Here are 3 cases of Indian companies, which were beleaguered by too much debt, that are trying to claw back through deleveraging..

The Essar / Rosneft deal is a classic case study in deleveraging. Since the mid nineties the Essar group had invested heavily in steel, oil, ports and shipping. The returns were not coming in as global factors did not support the group strategy. Rosneft of Russia has made a bid to acquire Essar Oil for a consideration of $10.5 billion. This includes a payment of $6 billion for the company and assumption of debt to the tune of $4.5 billion. The Essar group has an overall debt burden of $18 billion and this deal will help in substantially reducing the debt burden of the group.

Jaypee group, belonging to the Gaurs, is another case in point. At its lowest point Jaypee group had debt to the tune of Rs.75,000 crore and the total market cap of the group was just about Rs.7,000 crore. That had almost pulled the group to the brink of bankruptcy. The company has since managed to sell its key cement properties to the Birla group and power properties to the Jindal group. This has helped the group to monetize some of its assets and use the same to defray its huge debt burden.

DLF is another company which is deleveraging in a big way. It began by hiving off its media business in the form of DT screens to PVR Cinemas. But the big deal was the sale of its DLF rental business at an enterprise value of $2 billion and has over 20 million square feet under development. DLF had a total debt burden of Rs.18,000 crore and that is expected to be reduced to zero by March 2019.

Deleveraging is a great strategy if it can be down by monetizing assets. Of course, in the process the company must not forsake its crown jewels, which is what happens in most cases. As a value creator, deleveraging really plays an important part.