Open an Account
Meet Ashu Sehrawat, one of India's youngest millionaires at 22

Meet Ashu Sehrawat one of Indias youngest millionaires at 22 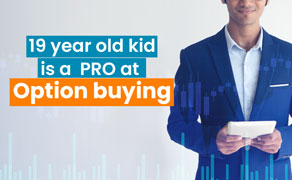 Ashu Sehrawat rose fast to prominence in India as a renowned stock trader and self-made millionaire. At just 22, he is a successful day trader and swing trader who is continually growing and refining his strategy. We discuss Ashu Sehrawat's road to online trading success, his trading strategies, and the lessons he has learned along the way.

Ashu would research stocks when he got home from work every night. He eventually started investing on his own and joined a penny stock chat club. This chat channel emphasised purchasing breakouts, which naturally became Ashu Sehrawat's preferred trading strategy. The only issue was that this method was failing. Every time Ashu purchased a breakout, the stock moved against him, and he eventually blew out his initial capital.

He, then, entered the blog chat room and began following other successful traders. He would focus on why they were short selling and would occasionally ask them questions via private chat. He came to the conclusion that these successful short sellers were shorting stocks that had no business rising in value, in the first place. Ashu made his first trade after studying short-selling strategies for a long time.

The low-priced stock was Ashu Sehrawat's maiden short trade. He shorted 2000 shares, the stock fell 0.50/share, and he profited Rs 1,000. Needless to say, he became addicted to short selling almost immediately. He began shorting equities that were priced significantly higher than their actual value, but he had no formal trading guidelines. He concluded that if he wanted to become a more consistent trader, he needed to start setting stronger trading criteria. Ashu opted to focus on equities where the underlying company was poorly run, adding debt and releasing "fluff" news. At the right time, this criteria began to form Ashu's overall trading approach.

There were many insane runners, and Ashu Sehrawat had a set of criteria that allowed him to short sell these companies for the right reasons and at the appropriate moments. His filtering process finally led to more compatible trade outcomes. As a short-biased trader, Ashu discovered that patience and selectiveness were essential for optimising returns while keeping the risks under check.

Recent few years have seen a massive influx in new traders opening demat accounts.  The deep penetration of the internet has made made online trading very convenient, and more people are dabbling in stocks and shares than ever before. Not only can you register a demat account online, but you can also open a free demat account with reputable companies. This is only the top of the iceberg. There are easy apps with user-friendly, intuitive interfaces, and can provide expert guidance as you explore deeper into the world of securities, or any asset to trade in.

Related Articles: Follow these 5 Expert Advices to Get Started with Investing | 4 Investment Mistakes New Stock Market Players Must Avoid at All Cost | 5 Rules Every New Investor Must Know Before Investing |  10 common mistakes made by SIP investors | 4 Smart Must-Follow Investment Tips for Beginners in India