How and Why to avoid the P/E Ratio Trap 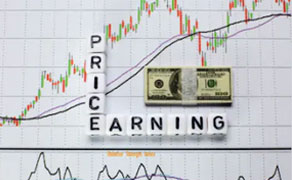 Price Earnings (P/E) ratio is one of the most popular ways of valuing a stock. The thumb rule is that a low P/E ratio is a sign of undervaluation while a high P/E ratio is a sign of overvaluation. But such an approach of purely using P/E Ratio to Value a stock is fraught with risks. The question, therefore, is How to Avoid the P/E Trap? Before you know this, you should have a good understanding of what the P/E ratio exactly is and why it is relevant at all.

What is the P/E ratio and what is a good P/E Ratio?

The price-to-earnings ratio, or the P/E ratio is a ratio that is used to value a company. The ratio is generated by measuring the company’s present share price relative to the company’s earnings per share or EPS. The price-to-earnings ratio is well known as the “price multiple/earnings multiple”. Investors and analysts use P/E ratios to decide the value of a company on a relative basis, much like an oranges-to-oranges comparison of its shares. It can also effectively be used to make a comparison of any given company against its own historical data, or compare average markets versus one another, or over a duration.

A good P/E ratio (or a bad one) depends on the industry that a company belongs to. Therefore, it is also called an “industry P/E ratio”. Some industries have higher ratios merely because those are in demand in the current economic and industrial atmosphere. For instance, if certain commodities that Company A produces, like oil, are more in demand than textiles (not in demand) that Company B manufactures, then Company A in the petroleum sector has a higher (or good) P/E ratio in comparison with Company B.

You may wish to avoid certain traps that you may fall into unknowingly, relating to the P/E ratio. However, to know about these in detail, your primary concepts of the P/E ratio should be extremely clear. Before you go into what a P/E ratio trap entails and consequently may decide choices of the best P/E ratio stocks, it is important to note certain details about the P/E ratio carefully.

For a start, you must have gauged that a higher P/E ratio is better than a lower one. However obvious this may seem to you, it may not always be the best choice while selecting a company stock. Some investors claim that a stock with a lower ratio is better to purchase as you pay less for every rupee of earnings. In this sense, a low P/E ratio implies a low price tag. It may look like a winning deal to investors. Nonetheless, while it may be a bargain for investors at times, it may also indicate that a company is on the decline, so this is where the traps come in.

Which P/E Ratio is Good? - Traps to Avoid

If you really wish to know which P/E ratio is a good ratio and how to avoid any traps, you can go by a simple example. In the simplest of terms, a P/E ratio of 15 would indicate that the present market value of any given company is equivalent to fifteen times its earnings annually. Hypothetically, buying 100% of the company’s shares would get your initial investment back in 15 years, through any earnings of the company, assuming that the company never grows in the future.

What exactly is the P/E trap and How to Avoid the P/E Trap? There are 3 traps to avoid. Firstly, there is the growth trap to avoid. A high growth company may not only enjoy a higher P/E but also justify it. On the other hand, a low P/E stock may not necessarily be a sign of an under priced stock. Secondly, Low P/E ratios may be the market’s way of signalling that the something is either wrong with the company in question or with the industry as a whole. It is essential not to miss out on this signal. Lastly, P/E used to value a stock is normally forward P/E and such forward P/Es are based on estimated earnings. Therefore, there is too much emphasis being laid on the sanctity of cash flow projections, which may not necessarily reflect a precise understanding of how the industry and the company are evolving. The key question, therefore, is “How to avoid the P/E Trap”?

1.  How to factor in growth and ROE into P/E comparisons

There are some clear trends that are visible when it comes to P/E ratios in India. Consider a few classic cases. The P/E ratio of FMCG stocks and pharma stocks normally tend to be high because they have shown consistently high levels of growth and ROE. On the other hand, IT stocks have seen their P/E ratios shrinking from 30+ levels to sub-20 levels as global tech spending has been shrinking and Indian IT companies are seeing their growth rates and their ROE taper. Then there are companies in the steel and PSU banking space, where they always tend to quote at very conservative P/E ratios of less than 10. In case of metals, the risk is on metal prices which are vulnerable to global shifts while in case of PSU banks the fear is that NPAs could dent their growth and ROE in a big way.

Therefore, how to avoid the P/E trap in such circumstances? Using P/E ratio to value a stock is fine as long as it is able to factor in the growth aspects. A very good example is D-Mart which is already one of the most expensive retail stocks in the world with valuations at over 60 times earnings. That is because the online stock market is building in very aggressive sales growth over the next 5 years, aggressive growth in ROE and reduction in debt. Growth therefore becomes a key factor when using P/E ratio to value a stock.

2.  Signalling that something is amiss via low P/E

When we understand how to avoid the P/E trap, it is very essential to understand that P/E ratio also works as a very important early warning system. Take the case of any popular company that eventually went under in the past. For example, Satyam was always getting a P/E ratio that was lower than either Infosys or TCS. If you merely use P/E ratio to value a stock, then Satyam may have appeared to be underpriced. But, there was obviously something that the markets in all its wisdom had sensed about Satyam, which was not obvious to most investors. In 2009 when Satyam went bust, it was merely a case of P/E ratio acting as an advance warning signal. Similarly, stocks like Kingfisher started quoting at apparently low P/Es much long before the airline ceased operations in 2012. Even in the banking space, banks like HDFC Bank and Kotak Bank have consistently commanded premium P/E ratio compared to ICICI Bank and Axis Bank as the P/E differential was indicative of the perceived differences in asset quality. In most of these cases, low P/E does not necessarily make a stock an attractive investment, just as high P/E is not necessarily a sign of stretched valuations. That is why you need to know how to avoid the P/E trap.

The big debate when you use P/E ratio to value a stock is whether to use rolling P/E (historic P/E based on last 4 quarter EPS) or forward P/E based on projections. While the rolling P/E is more reliable as it is documented, it is more useful from an academic perspective and less from a valuation perspective. However, the big worry about cash flow projections is that they are prone to the assumptions and personal biases of individuals. It is quite normal for analysts to get a little aggressive on projections and then downgrade the projections. Hence, apart from the fundamentals of the company, one also needs to look at the track record of the analyst in question. Visit here to know Is there a relationship between low-P/E and high stock returns?

In a nutshell, P/E ratio to value a stock is perhaps the best approximation available. However, one needs to adjust a pure P/E measure for growth, futuristic signals and one also needs to provide for the individual bias. That is How to avoid the P/E trap!