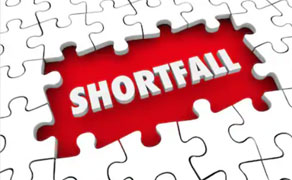 There are a variety of ratios to measure profitability of a company. You can either measure profitability via returns on sales revenues or you can look at profitability in terms of return on the capital, which includes equity and debt. These two approaches to profitability get linked through efficiency. The first one shows how profitably sales are generated while the latter measures how effectively the assets of the company are utilized. Consider the following table..

We have considered 4 profitability ratios here viz. net profit margin, operating margin, ROE and ROCE. While the first two ratios show the profitability of products, the latter two ratios show how efficiently and effectively the capital is utilized. Now let us look at the relationships at 3 levels..

While the operating margins of both the companies is the same, the net profit margin of Company Y is marginally lower, which is surprising considering that it has lower levels of debt.

Despite the same levels of operating margin and a small difference in the net profit margins, Company X has a ROE of 150% while company Y has a ROE of just 50%. What explains this dichotomy?

Let us first look at the efficiency of the two companies. That is where Company X scores over Company Y. For the same level of assets in the two companies, Company X has been able to generate much higher levels of sales compared to company Y. The second reason is leverage. Company X has used up much higher levels of leverage compared to Company Y. As a result the lower equity composition in the capital structure has been responsible for higher ROE. But that means more debt; is that not a financial risk? For that let us look at the servicing cost of debt of the two companies.

Using Coverage ratios to understand cost of debt..
To simplify our understanding, let us assume that both are zero tax companies and the entire difference between EBIT and Net profit is accounted for by interest cost only. The situation can be summarized as under:

Remember that Company X has an interest coverage ratio of 2 versus 1.8 for Company Y but this comes despite Company X having 75% higher debt in their books. That means that not only Company X has effectively leveraged but also leveraged at much lower costs so that it has improved its ROE substantially without compromising on its interest coverage. This also explains why the ROE differential is substantially more for Company X over Company Y compared to the ROCE differentials!