Open an Account
As Mutual Fund AUM crosses $300-bn- what does it mean for investors? - Motilal Oswal

As Mutual Fund AUM crosses $300 bn, what does it mean for investors? 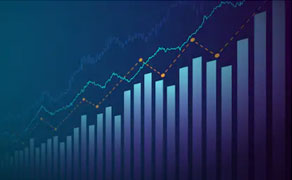 In the quarter ended June 2017, the AUM of the Indian Mutual Fund Industry finally crossed the $300 billion mark. The first mutual fund scheme launched in India was in 1964 by UTI under the banner of US-64. Of course, the fund ran into its own set of problems in 1998 but we shall not get into that. Indian banks and LIC were permitted into the MF scene in the mid-1980s. But it was only in 1993 when the private mutual funds were permitted by SEBI that the big thrust to the MF AUM started. Over the last 24 years, the private names have grown through a mix of organic and inorganic means. The chart below captures the pecking order of MF AUM in India..

While there are over 30 AMCs in India, the top 10 AMCs above account for over 80% of the total AUM of the mutual fund industry. Two of the largest funds in this list viz. ICICI Pru and HDFC MF have grown on the back of their bancassurance model due to their access to the largest Private Banking network in India. It needs to be remembered that over the last 20 years the segment has gone through a deep churn with only one global fund manager (Templeton) in the top-10 with most of the other foreign funds like Morgan Stanley, JP Morgan, Deutsche and Fidelity gradually selling out to Indian names. This is a significant milestone for the Indian MF industry and has 5 key implications going ahead...

1.  Indian Mutual Funds are still too small by global standards..

The size of some of the largest funds in the world is humongous compared to its Indian counterparts. For example, the world’s 10th largest fund, PIMCO, manages close to $1.60 trillion. That makes it nearly 40 times the size of India’s largest MF. The world’s largest mutual fund, Blackrock, manages assets to the tune of $5.70 trillion and that is more than twice the market capitalization of the Indian markets. However, it needs to be remembered that even in the US, the mutual fund industry was just about $1 trillion till the early 1980s and it was only in the late 1980s that the momentum actually picked up. That perspective is very essential when we look at the Indian mutual fund AUM on a global scale.

With the yields on debt consistently on a downtrend since early January 2015, investors are increasingly gravitating towards equity funds to earn above average returns. Also retail investors are finding that unless they are able to track markets on a regular basis they are better off going through mutual funds. That probably explains the sharp rise in the number of SIPs supporting equity mutual funds which has already touched a record figure. This trend is critical because it is equity funds that drive the profitability of AMCs and hence equity AUM matters a lot. However, all was not hunky dory for equity inflows. Between 2009 and 2014, the equity mutual funds were seeing consistent redemption from equity funds due to highly volatile markets. The trend shifted only after 2014 and that has sustained since. Sustaining this interest in equities will be the big challenge for mutual funds.

3.  Consolidation will be work in progress for the Mutual Fund industry..

Out of the total number of funds in India, there are at least 12 funds that have an AUM of less than Rs.4000 crore. These funds, even if they have a good proportion of equities, will find it very difficult to sustain in the mutual fund business. In the larger interests of the industry we may see a second round of consolidation in this industry. The industry is likely to be increasingly dominated by a few funds that have either created a bancassurance funnel for mutual fund inflows or have been able to create a sharp niche for themselves purely on the basis of performance.

The big challenge for the Indian mutual fund industry will be retaining the faith of the Indian mutual fund investors in this avenue. Back in 2000 and 2008 we saw a large number of sector funds launched at the peak of the market booms. These funds performed disastrously in the subsequent years leading to a substantial erosion of investor’s faith. Aggressive selling is something the MFs should be careful. Secondly, SEBI has brought in fairly stringent checks and balances in the entire mutual fund selling process and that should address the problem of selling the right funds to the right investors. Lastly, mutual funds must be increasingly sold as part of the overall financial plan of the investor. That is when the seriousness and the stickiness will be built.

5.  Passive funds need to take a bigger market share..
Passive funds like index funds and ETFs are a trillion dollar industry in the West. In India it is still too small. With alpha increasingly becoming elusive in the Indian market, passive funds should take off in a bigger way. Investors need to realize that passive funds are an asset class by themselves and they can provide a big boost to their overall returns at much lower risk. For mutual funds too, this could be a major source of AUM in the future.
The MF industry in India stands at an interesting crossroad. The next few years will be critical. How we manage the demand and the supply side will be the key in the next few years.