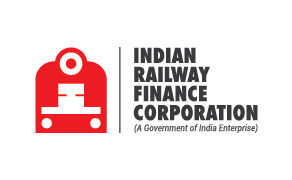 To keep up with their divestment target for this financial year, the government of India has flouted a proposal to issue the shares of Indian Railway Finance Corporation (IRFC) to the public and to list the company on the stock exchanges via an Initial Public Offering. A detailed Draft Red Herring Prospectus (DRHP) has also been filed with the SEBI in this regard. Here are more details about the upcoming IPO of IRFC.

Established in 1986, the Indian Railway Finance Corporation (IRFC) is wholly-owned by the government of India. Being a public sector unit, the company is registered with the Reserve Bank of India as a Non-Banking Financial Company (NBFC) under the ‘Infrastructure Finance Company’ category.

IRFC is in the business of financing the acquisition of rolling stock assets such as locomotive engines, coaches, wagons, containers, cranes, and electric multiple units, among others for the Indian Railways. In addition to that, the company also leases several railway infrastructure assets and national projects of the government of India.

IRFC has consistently played a very important role in developing the infrastructure of the Indian Railways. In fact, in the fiscal year 2019 alone, the company financed around 525.35 billion rupees to the Indian Railways. IRFC enjoys a significantly high asset book and strong revenue inflows of Rs. 2,06,603 crores and Rs. 11,133 crores respectively. The net profit of the company comes in at around Rs. 2,254 crores.

Let’s take a look at some of the important details of this new IPO  from IRFC including the IRFC IPO date and the IRFC IPO share price band.

The total issue size of the latest IPO from IRFC is 1,407,069,000 equity shares. The new IPO issue consists of a fresh issue of shares as well as an Offer for Sale (OFS) component. The company, through this IPO, is planning to issue around 938,046,000 fresh equity shares to the public. Additionally, around 469,023,000 equity shares held by the government of India, as the promoter of the company, will also be offloaded via the OFS.

The IRFC IPO share price band has been announced. It is proposed to be between Rs. 25 and Rs. 26 per share. Since the face value of the equity shares of IRFC is only Rs. 10 per equity share, the offer price of the upcoming IPO is carries a hefty premium.

The latest IPO from IRFC is proposed to be listed on both the Bombay Stock Exchange (BSE) as well as the National Stock Exchange (NSE). The company has also received in-principle approvals from both the concerned stock exchanges in this regard.

The net proceeds from the fresh issue of shares is proposed to be used by the company for the following objectives.

For meeting future capital requirements of the company; and

That said, the company would not receive any proceeds from the OFS route of this new IPO issue since it would go directly to the government of India.