LIC IPO triggers a frenzy for renting of demat accounts 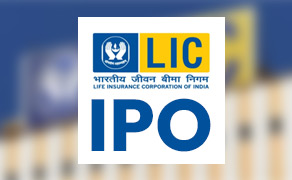 As stock brokers are leveraging millions of LIC subscribers who have never traded in stocks to open demat accounts online and then service them for a charge, the big IPO by LIC might boost the number of new demat trading accounts. Not only are the brokers promising to cover the full cost of creating an account, but they are also willing to pay the IPO application.

In the next 8-10 days, LIC will file paperwork with market regulator SEBI for its estimated 85,000-crore IPO. The public offering is expected to create a frenzy among retail investors, as the insurance giant may give a 10% discount on IPO applications to its retail customers. The government has previously recommended a reservation for LIC policyholders in the initial public offering. According to industry sources, brokers are prepared to pay anywhere between 2,000 and 4,000 to LIC policyholders to create demat accounts and rent them for IPO applications in order to control the cheap quota shares market. Because many of these brokers are also LIC agents, they have immediate access to policyholder databases. After the terms of the IPO price range become known, the charge may further climb. Brokers will provide funding for the IPO filing, according to sources.

LIC has around 32 crore policyholders, and brokers plan to access at least 5-10% of this pool, who they estimate have not yet opened a demat account. Large brokers have even begun placing adverts in newspapers to entice LIC policyholders to register demat accounts with them.

Brokers in Mumbai predict that between one and three crore new demat trading accounts would be established by LIC policyholders, even using the most cautious projections. The current flurry of initial public offerings has lifted the total number of demat accounts to almost 8 crore, up from roughly 3.6 crore in 2018-19.

According to brokers, LIC is expected to suggest storing its policies in demat form rather than the present physical form, which might make claim settlement easier. This would provide a huge boost to demat accounts on a massive scale. LIC is estimated to be valued at over 16 lakh crores, making it India's second-largest firm behind Reliance Industries. It immediately enters the Sensex and Nifty, causing a large amount of trading from foreign investors.