Will my SIP work better in a bull market or in a bear market? 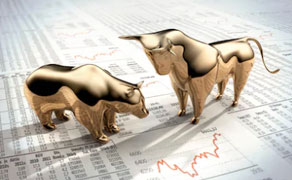 As a mutual fund investor you have heard of the merits of a systematic investment plan umpteen times. Have you ever wondered when a SIP works best? Should you prefer a SIP in bull or bear market? How do you use SIP for investing in bull and bear markets? Is there a method of how to make money in a bull or bear market? Obviously there are no easy answers. There are some basic rules involved here. Firstly, SIP is all about discipline. So you cannot jump in and out of SIPs. Most SIPs will only perform over the longer term. Secondly, the whole idea is that it is not possible to time the market cycles. Therefore buying at the bottoms and selling at the tops is only theoretically possible. To get a picture, let us look at the chart below..

As the chart above depicts, the 1-year returns tend to be quite erratic but it is only over a 3 year or a 5-year period that the SIP actually becomes more indicative of the fund performance. Mutual fund SIPs typically tend to generate higher annualized returns over a longer time horizon as is evident in the above chart. That is because over longer periods, the principle of rupee cost averaging as well as the power of compounding tends to work better.

How will a SIP work in a bull market?

Let us compare a lump-sum mutual fund investment with an equity mutual fund SIP over a 1 year bullish market period..

Will the SIP work better in a bear market?
It is obvious that over the shorter term, a bear market would be more suitable for SIP investors. It will be a reverse of the above bull case. In the above instance, the SIP investor is allocating his Rs.10,000 each month at higher NAVs and hence is getting lesser number of units. The bear case will be exactly the opposite. Hypothetically, each month the SIP investor will be allocating Rs.10,000 at lower NAVs. Hence he will be getting more number of units allotted. On the other hand, the lump-sum investor would have invested the entire corpus at the highest NAV and will end the year worse off than the SIP investor. But there are a few conditions under which the SIP will actually work to your advantage..

SIPs will work best when the markets fall sharply and then rise back to higher levels. For example, had you invested a lump-sum invested in Dec-2007 then your NAV will almost be at par by Feb-2015. That is not too encouraging. However, had you done a SIP you would have substantially reduced your cost of SIP by spreading your investment across a broader time period.

In a prolonged bull market, a buy and hold strategy will work better than a SIP. For example, between 2006 May and 2007 December when the Nifty moved in one direction, a lump-sum investment would worked better.

What happens in case of prolonged bear market like we saw in Japan post-1989? It is hard to say but surely the SIP would have helped you to reduce your cost of holding compared to a lump-sum investment.

Prefer a SIP for a different reason altogether..
It is true that SIPs work better in falling markets than in rising markets. That is because subsequent investments are made at lower NAVs. But, that is not the point. The actual point is that it is hard to predict when there will be a bull market and when there will a bear market. It is also hard to predict when markets will bottom out and when they will top out. The best you can do as investors is to adopt a disciplined SIP approach and ensure that your funds are going into a quality equity fund that has proven ability to beat the market. The rest will follow!